The Real Ghostbusters action figures were produced by Kenner from 1986 to 1991 and are still hugely popular amongst collectors today, who not only collect all four of the paranormal investigators - Dr. Peter Venkman, Dr. Egon Spengler, Winston Zeddemore and Dr. Ray Stantz, as well as their secretary Janine Melnitz - but also some of the favourite ghosts! 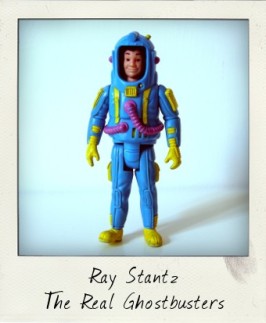 Until the Teenage Mutant Ninja Turtles burst upon the action figure scene and won the hearts of flaky kids everywhere who instantly, en masse and seemingly across the entire planet, dropped what they were playing with and started nagging their parents for one of those four adolescent reptiles, Ghostbusters figures ruled the roost. The Real Ghostbusters action figures were produced by Kenner under license from Columbia Pictures and were based on the animated television series, which was in … END_OF_DOCUMENT_TOKEN_TO_BE_REPLACED

The Real Ghostbusters – sealed on eBay!