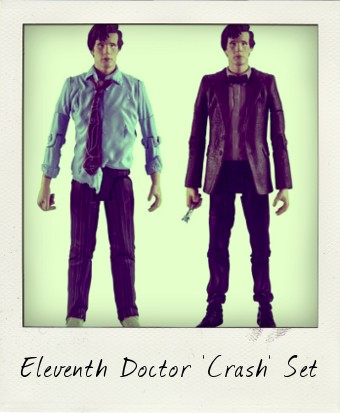 After the runaway success of the first wave of Matt Smith action figures in the role of the Eleventh Doctor, this week two more figures have been released to coincide with the brand new series of Doctor Who which recently aired for lucky viewers of BBC One with an opening episode entitled The Eleventh Hour.