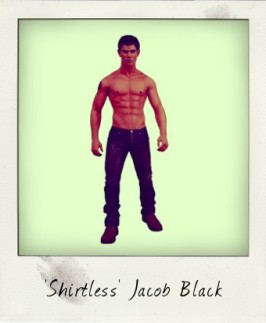 After the enormously popular Jacob Black action figure released last year to coincide with the second movie in the Twilight Saga - New Moon - based on Stephanie Meyer's best-selling vampire teen-romance, NECA have wasted no time in releasing Series 2 with variants that are sure to drive fans wild! These 7 inch, fully poseable figures feature a shirtless Jacob Black, which is well up to NECA's usual high standards with an excellent movie-accurate likeness of actor Taylor Lautner. … END_OF_DOCUMENT_TOKEN_TO_BE_REPLACED 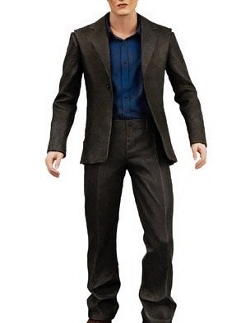 New Moon is this year's highly-anticipated sequel to the blockbuster vampire film, Twilight, based on the massive-selling teen-novels by Stephenie Meyer. In The Twilight Saga: New Moon, Kristen Stewart and Robert Pattinson reprise their roles as Bella and Edward, whose romance is further complicated by the arrival of the werewolf Jacob Black (played by Taylor Lautner). The film is set for late November release, but these action figures will let fans of the Twilight phenomenon have a taster of … END_OF_DOCUMENT_TOKEN_TO_BE_REPLACED 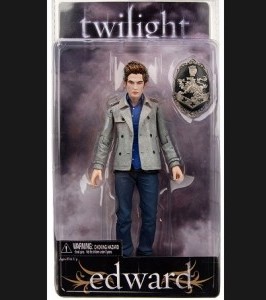 As sure as night follows day, an action figure follows a cult success, particularly one with such a passionate fan following as that of Stephenie Meyer's Twilight books and now movie starring Robert Pattinson as the vampire Edward Cullen, the first of the cast to be immortalised in a 7 inch action figure by NECA (the people behind Harry Potter action figures). … END_OF_DOCUMENT_TOKEN_TO_BE_REPLACED