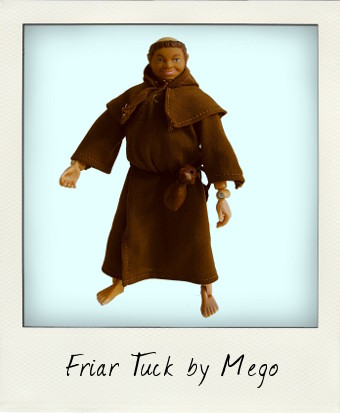 The legendary Medieval outlaw Robin Hood has been a hugely popular figure in English folklore for centuries. Armed with bow and arrow and sword, he would steal from the rich to give to the poor, and then head back to his hideout in Sherwood Forest with his band of fellow “Merry Men”. With love interest in the shape of Maid Marian, and the Sheriff of Nottingham as his arch enemy, the story of Robin Hood has been a perennial favourite with Hollywood filmmakers since the early days of silent movies, right through to Russell Crowe’s recent Robin in Ridley Scott’s 2010 Robin Hood. Curiously, it was another Australian-born actor, Errol Flynn, whose name became synonymous with that of the swashbuckling hero after he starred in the 1938 classic The Adventures of Robin Hood. So definitive, in fact, was this film, that when the mighty Mego Corp launched an 8 inch action figure line entitled Robin Hood and his Merry Men in the mid 1970s, it was Flynn’s facial likeness they used for the Robin figure. 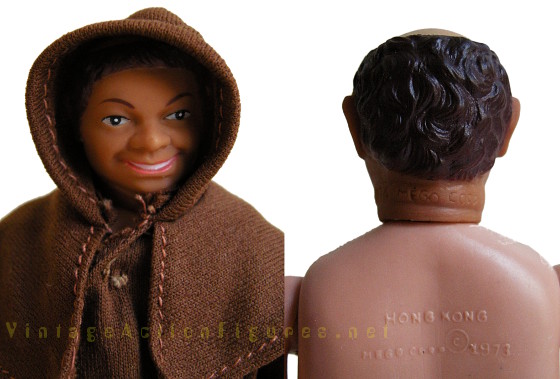 Friar Tuck, the rotund monk who joins Robin’s band of outlaws, was played by Eugene Pallette in the 1938 movie, but as with the remaining figures in the line – Will Scarlett and Little John – the head sculpt seems to be Mego’s own interpretation of the character, rather than an actual facial likeness of the actor. In fact, one of the economic advantages of this line, similarly with the World’s Greatest Super Knights, was that the public domain subject matter gave Mego total creative freedom with these characters, with no costly licensing fees to worry about. 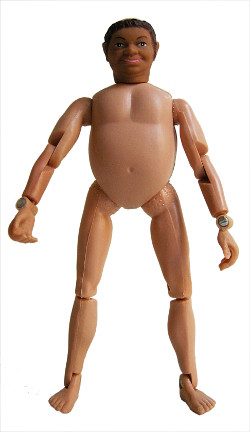 The Mego version is a wonderfully jolly Tuck, with an impish expression and lovely attention to detail in his monastic tonsure haircut. He is built using the special Type 1 “fat body” with metal pins at the joints, and a plump torso, created for tubbier characters such as The Penguin. There is no articulation at the waist on this body type – the legs are attached directly to the body section – although with an extremely respectable 13 points throughout the rest of the body at the neck, shoulders, elbows, wrists, hips, knees and ankles, he would still put many modern figures to shame. 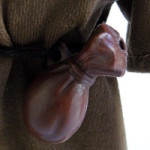 My loose figure still has his original robe and brown plastic pouch accessory on a black thread, although he is sadly missing his brown sandals and fighting staff, which I hope to acquire loose at some point to complete this fine vintage figure. I fall more in love with Mego every day! It’s no wonder that these solidly built, utterly charming action figures are still hugely collectible today. Classic TV Toys brought out a series of very similar-looking reproduction figures recently – look out for the Classic TV Toys logo bottom right on the boxed figures, or check for the Mego copyright noticed stamped on loose figures if you’re looking for an original – the new figures are good enough to fool the untrained eye!