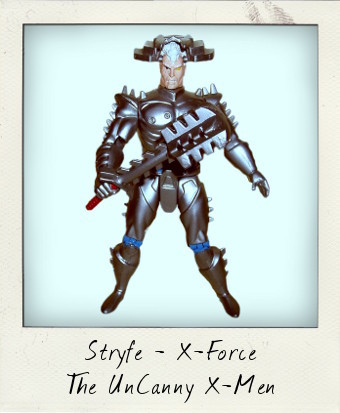 Marvel super villain Stryfe, leader of the Mutant Liberation Front and sworn enemy of team X-Force, first appeared in 1990 in issue #85 of X-Men spin-off comic The New Mutants. In the final issue #100 readers were in for a huge surprise when he removed his helmet and revealed himself to be none other than his own enemy the mutant Cable! Confused yet?! As Toy Biz explained on the back of the packaging for this 1992 Stryfe action figure: Stryfe is the mysterious evil mutant who could be … END_OF_DOCUMENT_TOKEN_TO_BE_REPLACED