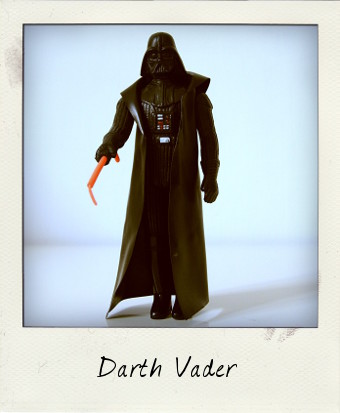 During 1978 to 1985 Kenner created over 100 action figures based on characters in the original Star Wars movie trilogy. These 3 ¾ inch Star Wars action figures became legendary and are enormously popular as collectibles even to this day.

But for the fledgling collector, where to begin? Concentrating initially on the first twelve releases – known as “12-Back” figures because the original packaging cards featured a picture of all 12 characters in a row on the back of the card – is certainly a great place to start. All the most famous characters from the first movie are there – Ben Kenobi, C-3PO, R2-D2, Chewbacca, Han Solo, Luke Skywalker, Princess Leia, as well as the Death Squad Commander, Jawa, and two generic Sand People and Stormtrooper figures which could be bought in multiples to create enemy armies – and of course, this fella, the man in black himself, Darth Vader.

When the American Film Institute prepared its list of 100 of the greatest Heroes and Villains in 2003, only Dr. Hannibal Lecter and Norman Bates placed higher than Darth Vader in the uber-villain category. If you add only one Star Wars action figure to your collection, make sure it’s Darth Vader – a movie icon! Do be warned, however, Star Wars action figure collecting can be highly addictive… 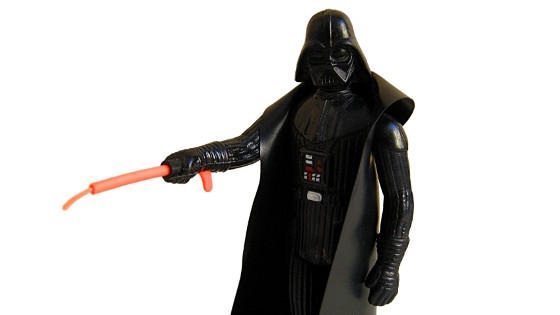 Standing considerably taller than the others, and with his stylish black vinyl cape, and telescoping red-orange lightsaber, Darth Vader remains one of the coolest figures in the entire line. Whilst other Star Wars figures exist in a variety of remolds or variations, Kenner absolutely nailed the movie-likeness, with plenty of realistic costume details, right from the start with this one and seem to have stuck with this single version of Darth Vader from the earliest 12-back days through to the final Power Of The Force carded figures in the mid-eighties. If it ain’t broke, don’t fix it, as they say! 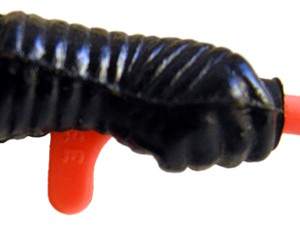 Identification letters stamped on the hilt

My Darth Vader still has his original cape accessory and single telescoping lightsaber with tip intact (the double telescoping version is extremely rare and was almost instantly withdrawn). Whilst the figure may have stayed the same over the years, much is made of the lightsaber variations found with Darth Vader. According to the wonderful Star Wars accessories resource The Imperial Gunnery my lightsaber would appear to be what they describe as an “original variant no.2”, with a flat transition from tip to saber, and identification letters stamped on the hilt – in my case EE. This figure is also date-stamped 1977 and includes the country of origin (Hong Kong) and © G.M.F.G.I. (General Mills Fun Group Inc, a subsidiary of General Mills, a Kenner owned company), with the lettering running down the back of his left leg on two lines.

Truly a must-have figure! Collect them all…you KNOW you want to!