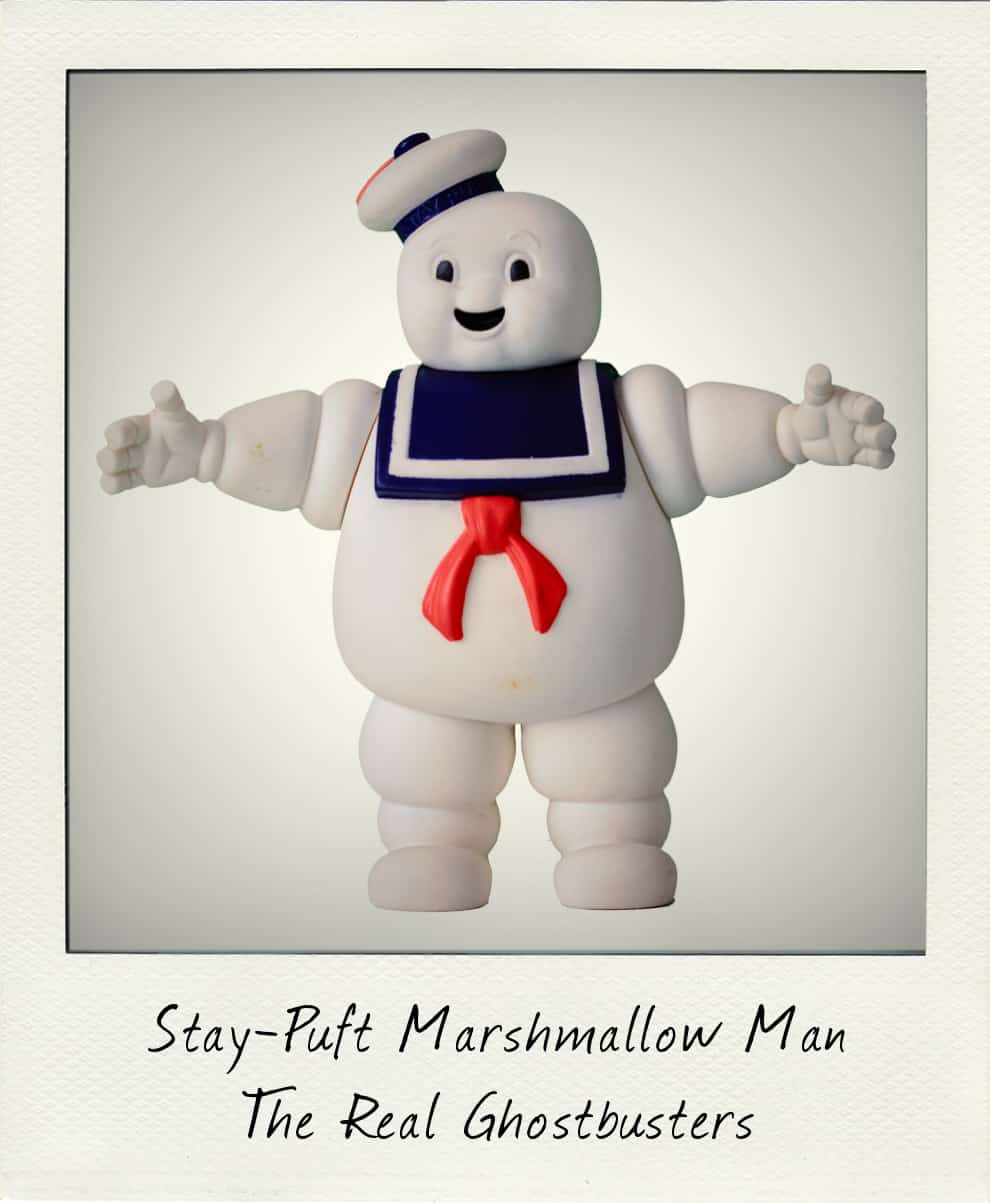 I recently had the very good fortune of attending the European première of the brand-new Ghostbusters movie, Afterlife (or Ghostbusters: Legacy as we call it this side of the pond here in Italy). It was my first time back in a packed cinema since the pandemic, so this gathering of fans felt like an extra special experience. Shown as part of the Alice nella Città children’s film festival on the opening night of the Rome Film Fest, it was a spooktacular affair, with screenwriter Gil Kenan, who co-wrote the screenplay with director Jason Reitman, in attendance to introduce the screening. I won’t reveal any spoilers here, other than to say that this Ghostbusters fan left the theatre happy with an unapologetically nostalgic film that skilfully passed on the torch to a younger Stranger Things generation of viewers.

There are oodles of Easter eggs throughout Ghostbusters:  Afterlife, and one particular nod to this iconic figure from the original movies – the Stay-Puft Marshmallow Man – in the shape of Mini-Pufts running amok in a Walmart store! These new Mini-Pufts, of course, in terms of scale and design, look very much like the vintage action figures of the Marshmallow Man. Issued in 1986 by Kenner as part of its first wave of hugely popular figures tied to the animated series The Real Ghostbusters, this 7-inch figure was one of the “Action Ghosts”, alongside Slimer the Green Ghost. An enduringly popular figure, Hasbro actually reissued him as a retro-style Walmart exclusive last year, but a quick glance at the sole of his right foot reveals the original movie copyright information (© 1984 Columbia Pictures) and confirms his vintage credentials. Points of articulation are limited to just the neck and shoulders, but he’s made of squeezable vinyl to add to the soft, marshmallow effect.

What makes my Stay-Puft figure so unique, however, is that I was lucky enough to have it autographed in person by none other than Sigourney “Dana Barrett” Weaver herself! The Ghostbusters star attended the Rome Film Fest in 2018, and somehow spotted me waving my Marshmallow Man among the crowds of fans along the red carpet, reached out and signed it across the back of the figure. Be still my geek heart! The moment was even immortalised on the eveing news for a split second (see grainy screenshot below). Needless to say, it’s now one of my most prized action figures and takes pride of place in my Real Ghostbusters Collection!