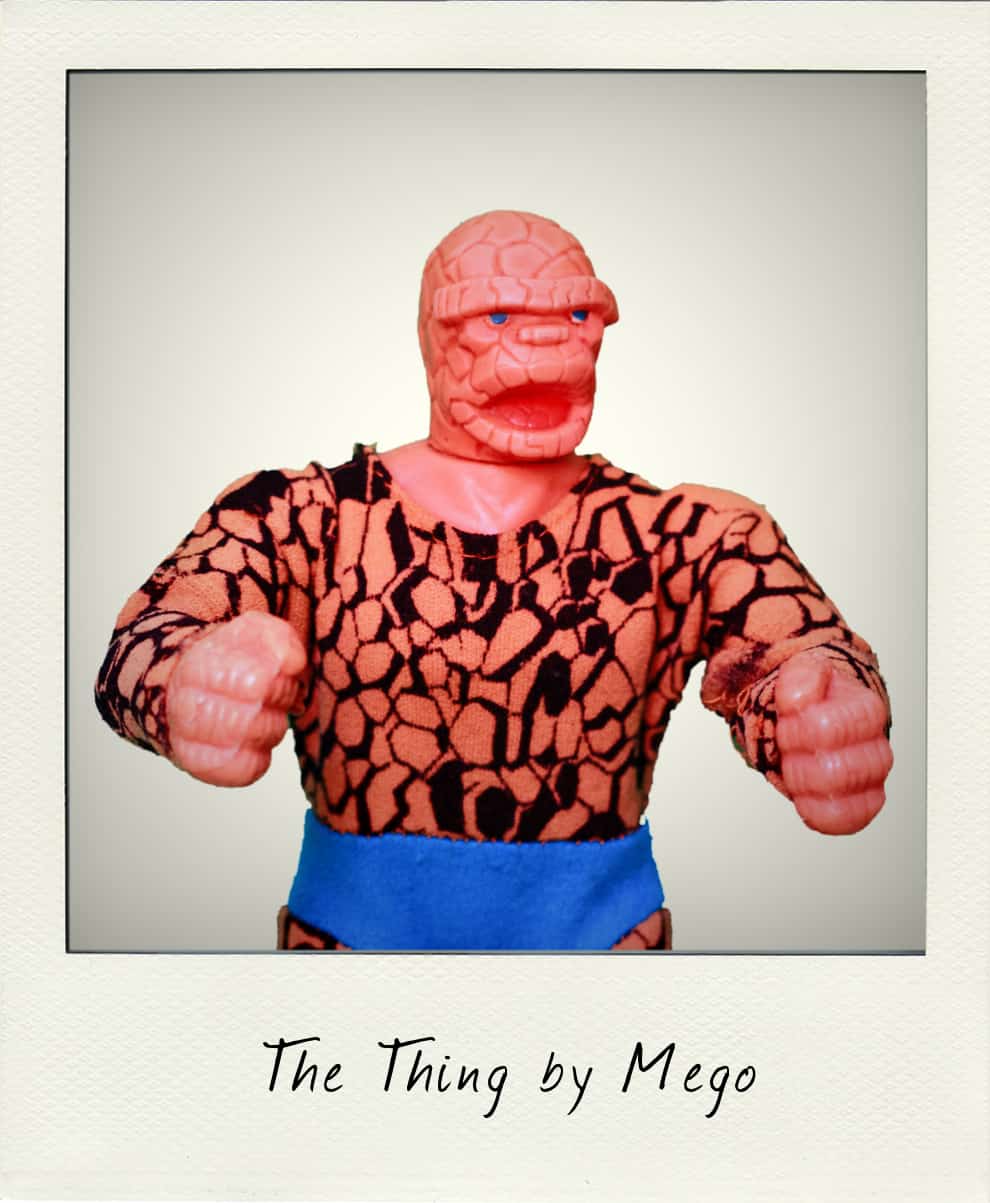 Nobody could deny that Ben Grimm got a tough deal in life. Sure, he gets to be a superhero called The Thing, who together with Mr. Fantastic, the Invisible Woman and the Human Torch, is one of the founding members of the Fantastic Four in the Marvel Comics Universe, but his monstrous form is far from glamorous… and unlike his fantastic cohorts, he is stuck that way! The Thing, however, remains one of Jack Kirby and Stan Lee’s enduringly popular creations.

First appearing as far back as 1961in the debut Fantastic Four comic book, he has also flown solo in The Thing #1–36 (July 1983 – June 1986), and once again in the equally imaginatively entitled solo series, The Thing, which ran for eight issues from January–August 2006. In recent Hollywood versions of the Fantastic Four he has been played by Michael Chiklis of The Shield fame, and most recently in 2015 by a CGI pile of rocks, with a little bit of help from Jamie “Billy Elliot” Bell, who hated that version almost as much as movie-goers!

Back in 1976, however, when Mego released this 8-inch The Thing action figure as part of its final wave of new World’s Greatest Super Heroes characters, alongside his Fantastic Four counterparts, there were no movies to promote, just toys to fuel kids’ imaginations. The Thing was issued without weapons or fancy gimmicks, but the attention to detail in the facial sculpt, with his blue eyes, and open mouth, is simply perfect for play – you can make him tell wisecracks or roar … or have him complain if he is being typically grumpy.

If you think his muscled body shape looks familiar, you would be right. The Thing shares the same body mould as the earlier The Hulk (and indeed, is marked MEGOCORP © 1974 on his lower back) but his forearms have been given a unique rock-like effect to suggest his tough hide. This detail is reserved only for his forearms and head, though, with the rest of his tough orange skin suggested via the print on his one-piece bodysuit. Interestingly, no two figures look quite the same, given the variety of points at which the fabric used to make his costume was cut. As with the Hulk, this stocky figure has fewer points of articulation – only seven – at the neck, shoulders, elbows, hips, and knees – and actually stands slightly shorter than Mister Fantastic, the Human Torch, and the Invisible Woman (rather than towering over them as he should).

My figure has been through the wars, and while wholly original, ole Ben here has scuffed his knees, laddered his tights, and lost his black belt along the way. His joints are still nice and stiff though, and he poses well unsupported. He was also pretty grubby when I brought him home, and his face had seen some colourful clown-makeup additions in felt tip pen, which thankfully I was able to remove with the help of cotton buds and rubbing alcohol. It turns out that Ben Grimm scrubs up quite well after all!