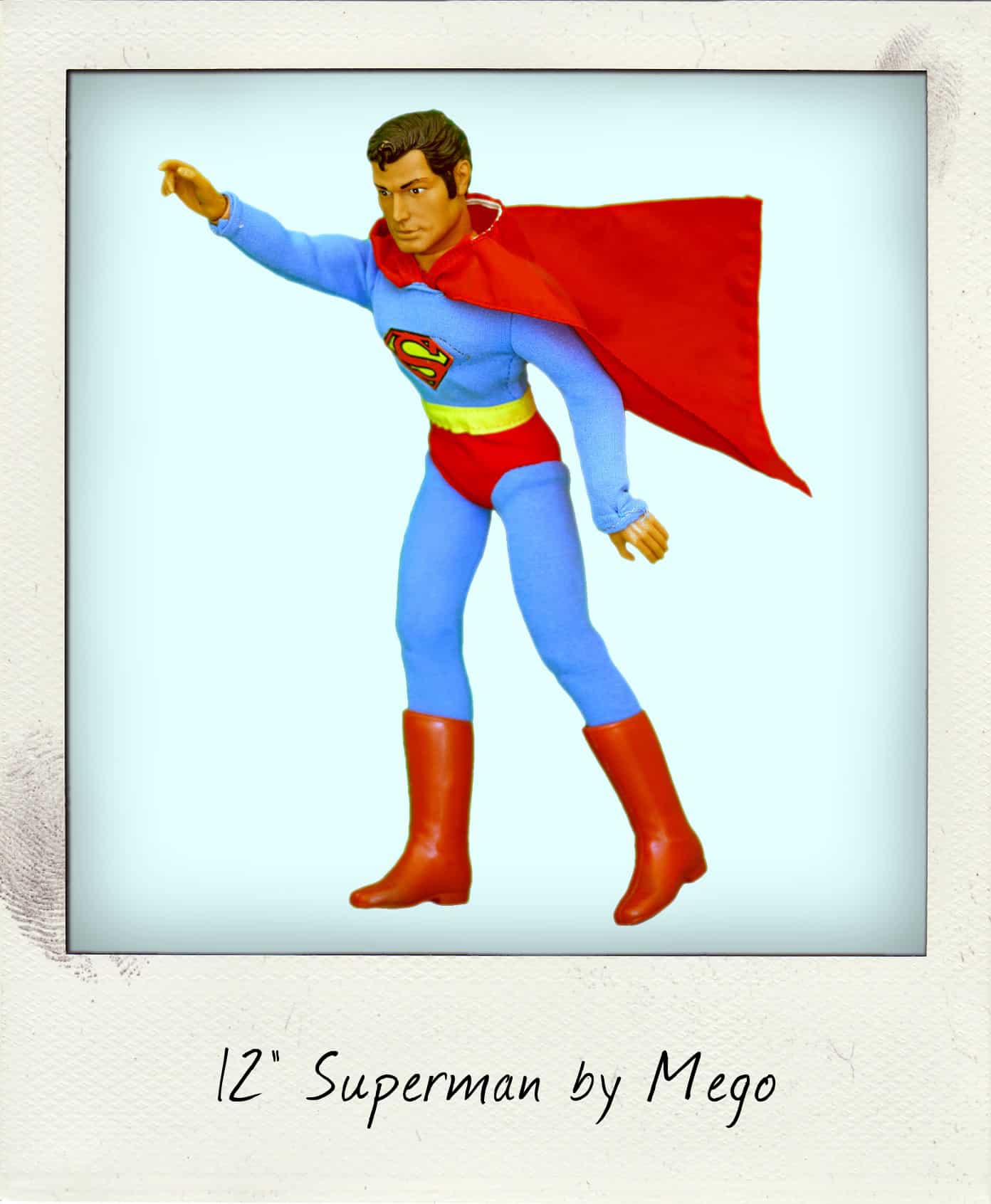 On the very last day of 2019, inspired by the release of the last Star Wars reboot movie, and some successful forays into local street markets, I decided to relaunch this blog with a post dedicated to Princess Leia. Within a few short months the world was grappling with the COVID-19 pandemic, Italy (where I live) was in lockdown, and my plans for this blog (not to mention everything else!) got pushed to the back burner. Toyissimi, Rome’s huge action figure collector’s fair, was postponed, and then postponed again, so it’s been a lean time for the collection. All this to emphasize my surprise and joy to unexpectedly happen upon a small Sunday market last weekend – the very first one I’ve seen since the easing of Covid-19 restrictions here – and spot this terrific Mego Superman figure, displayed in the unlikeliest of poses, sitting on a toy horse!

Since starting Vintage Action Figures back in 2009 my personal collection has become more focused on particular lines, with 1970s Mego figures topping my list of wants. While 8-inch figures from Mego’s World’s Greatest Super Heroes line dominate, this is my very first 12” Super Heroes find. Rarer than Spider-Man or Batman, the other figures at this size, with Superman, I’m off to a flying start! (Did you see what I did there?!)

Made for Canadian distributor Parkdale Novelty in 1977, and also sold in the UK, France, and here in Italy, this Superman figure is markedly different from the movie tie-in version issued by Mego in 1979, which featured a new head sculpt that vaguely resembled the late great Christopher Reeve. This is the so-called “comic” version, with 1977 clearly indicated along the back of the neck. In all probability this was sold under the Harbert label here in Italy, but there’s no real way of knowing from this loose figure.

Just like the 8-inch line, this 12-inch figure has a standard skinny body, with the typical 14 points of articulation at the neck, shoulders, elbows, wrists, waist, hips, knees and ankles. While identified among collectors as a 12-inch figure series, this Superman actually stands a full 12 1/2 inches tall in his stockinged feet! He’s in beautiful condition with all joints nice and tight, bar his left wrist pin, which needs repairing so for now is discreetly sewn into his left sleeve. Meanwhile the right hand has a very cool detail, with a pointing index finger, perfect for putting him into a classic flight launch position!

The outfit is all completely original, clean and bright with none of the usual runs in his tights or jam stains from sticky-fingered play. Even his removable boots are still attached as is the plastic (not a paper sticker) “S” insignia embedded in his chest. The cape shows no evidence of fraying, and is attached to the main tunic (good idea to prevent loss of this essential accessory) and his belt is still free of cracks. The paintwork on the head sculpt shows just a little wear on the hair, but there are no dreaded felt tip pen scribbles on his face to remove! This loose toy has seen gentle play and is a wonderful piece to add to the collection.