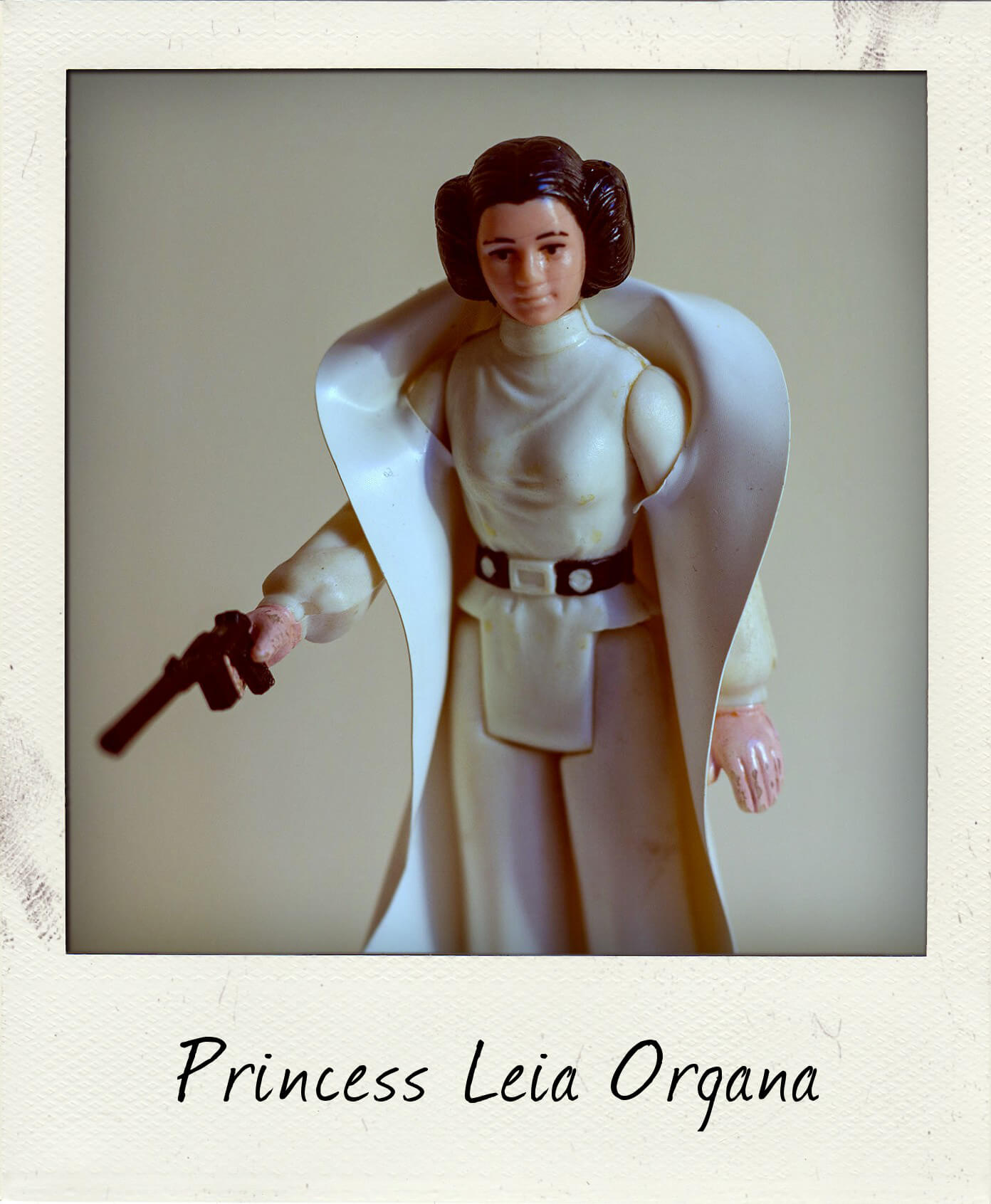 We’re back! Surprise! Did you miss us?! This blog may have been on an extended hiatus for a few years, but never fear, dear reader, the vintage action figures collection has continued to grow, albeit with greater focus on specific toy lines. With The Rise of Skywalker, the third and final Star Wars reboot movie (making number IX in the entire series if you insist on counting the prequels) recently hitting cinemas just in time for Christmas, and the Disney Channel’s small screen offering The Mandalorian wowing critics and Star Wars fans alike, what better time to go right back to where it all started, with one of the earliest Kenner Star Wars action figures: Princess Leia Organa.

Through the tasteful use of unused footage from earlier films and a sprinkling of CGI magic, the new movie allows us to enjoy for one last time the late, great Carrie Fisher in the role of General Leia Organa; in this 1977 figure, however, she’s seen in her most iconic version of the role: Princess Leia, complete with flowing white robes and those astounding hair buns.

This 3 ¾ inch figure was one of the first four Kenner Star Wars characters alongside Luke Skywalker, Chewbacca and R2-D2 to be pre-sold as part of an “Early Bird Certificate Package” in the run up to Christmas 1977, with the action figure finally hitting toy store shelves and being mailed out to certificate holders in 1978. Yes folks, right from the start, Kenner included a female character in the selection. Fast forward to more recent times and the controversy surrounding Disney and its alleged sidelining of female characters when The Force Awakens toy ranges were announced, sparking a social media #wheresrey campaign.

There are a couple of variant Princess Leia Organa figures out there – this is a black- rather than brown-haired version, with black belt – and this first figure was issued with either a black or dark blue blaster. The “is it black or very dark brown hair?” debate rages on some collector forums, but I’m pretty confident that this is a black example. My Leia is brandishing a reproduction solid black blaster purely for display purposes, but her other accessory, her plastic cape, is vintage. The figure is in a nice, clean state and hasn’t suffered too badly from yellowing.

The copyright information runs downwards on the back of her left leg and reads: © G.M.F.G.I. 1977, with the country of origin (most likely Hong Kong) removed. A quick reminder for trademark completists: G.M.F.G.I stands for General Mills Fun Group Incorporated (with General Mills owning Kenner).

The Leia figure remains a fan favourite. She may only have the standard 5 points of articulation at the neck, shoulders, and hips, but there’s an ever so slight tilt of the head that lends this figure a certain expressiveness and charm.There’s even a passing likeness to the very young Carrie Fisher! With the careful head sculpt, nicely modelled clothing, and belt details, this remains a must-have figure in any Star Wars collection.