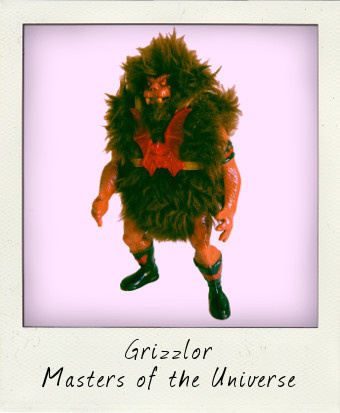 Mattel’s hugely successful 1980s action figure and TV franchise Masters of the Universe is looked upon with great fondness by many toy collectors today and has proved enduringly popular. I’m writing this post having just returned from a collectors fair in Rome, Italy and can confirm that those chunky, swivel-hipped 5 ½-inch action figures were certainly an ubiquitous presence at every stall. I should confess that as a child from an earlier generation, I’ve always been a little bemused by the whole He-Man Universe and slow to succumb to the appeal of this line. From time to time a random figure will pique my interest, however, like this ugly little fella Grizzlor. (And as every collector knows, that’s a slippery slope to a full time action figure addiction!) 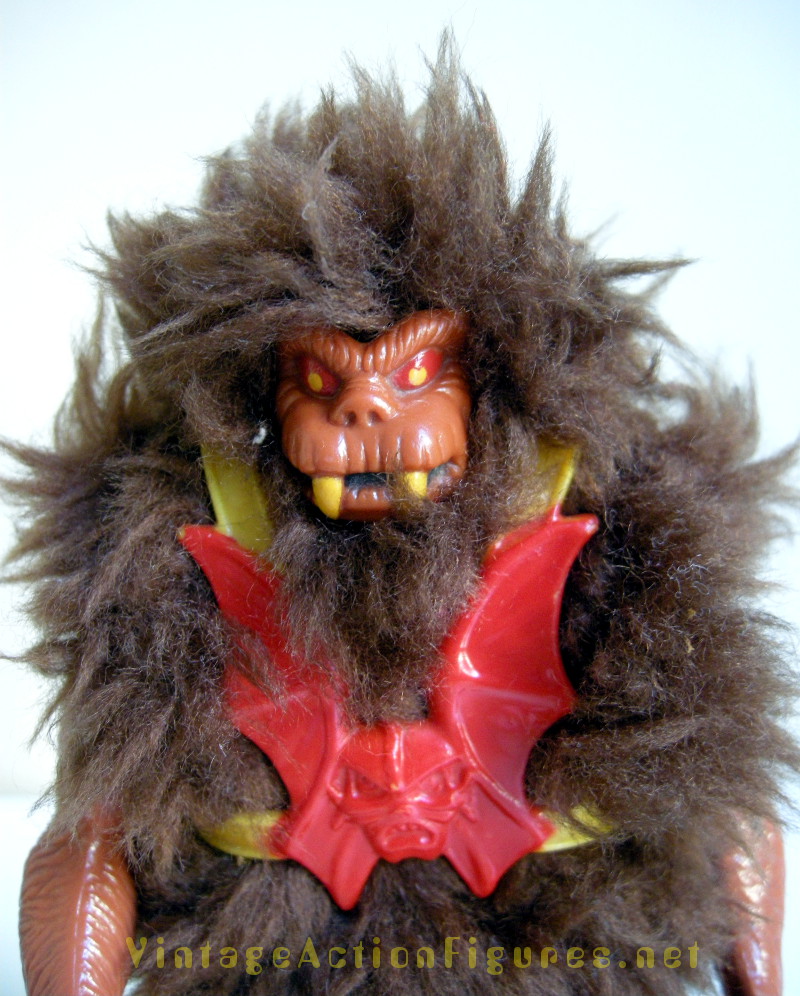 First issued in 1985 as part of the first wave of Evil Horde figures (the bad guys) Grizzlor was one of the few figures NOT to include the built-in swivel “power punch” feature. A hideous hybrid – part action figure, part plush toy – Grizzlor’s furry head and torso seriously limited his movements, so Mattel was forced to entirely dispense with articulation at the waist and neck on this occasion, leaving him with a mere four points at the shoulders and hips. The packaging promised a fearsome beast:

but the most fearsome pose achievable is that of holding out his stumpy fingers for a cuddle! And yet, the sheer novelty of the fur gimmick makes it a keeper! I’ve found a few over the years in bargain bins, but have passed because the fur has been just too matted/sticky/downright filthy (the downside of a fur-covered action figure). And I suspect an untold number of original 1980s Grizzlors must have seen their fair share of hair gel. Thankfully, this figure is nice and clean. 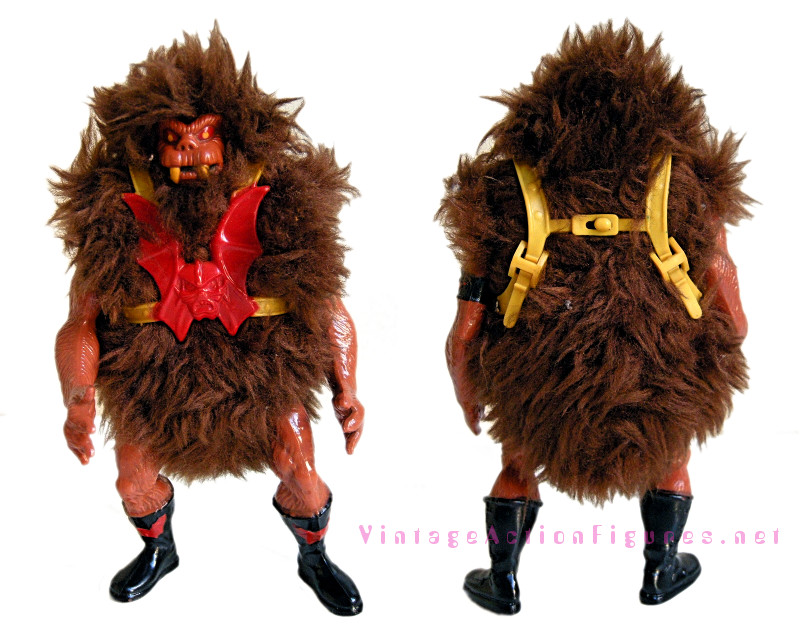 Grizzlor – front and back

As is common with so many loose figures, this Grizzlor has sadly lost his original green crossbow accessory, but he is still wearing his removable yellow chest straps with the red Evil Horde armour chest plate. General attention to detail is good, with arms and legs sculpted with a “hairy” effect, and the red Horde motif repeated on the boots and an arm band. There are also some nice touches in the face, with his fangs and irises picked out in yellow paint.

And if you spot a loose Grizzlor keep your eyes peeled for the variant version with a dark face and limbs – he’s hard to find and rather rare.