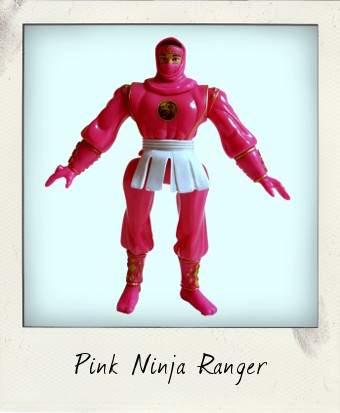 Who can resist a ninja action figure?! Not me, evidently, as I knew I had to have this figure the second I saw it in a charity shop on a recent trip back to the UK to visit friends and family. I wasn’t entirely sure who this character might be, but knew it probably wouldn’t take much sleuthing to discover the identity of this dazzling pink net launching girl ninja! 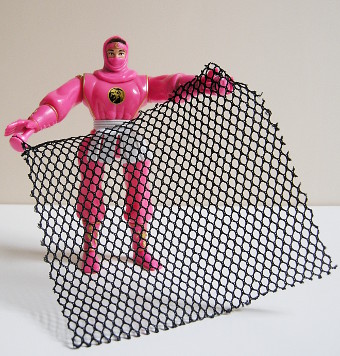 The articulation might be a little odd on this figure – cut joints in the calves and forearms allow for 360° feet and hand turns – but her accessory and action feature is actually lots of fun! Plug the net supports into her wrists, flick a switch on her back and the net is launched. I was amazed to find that this figure still had the action accessory – a rare thing in a loose figure – and that her white skirt (which is detachable) was still in place.