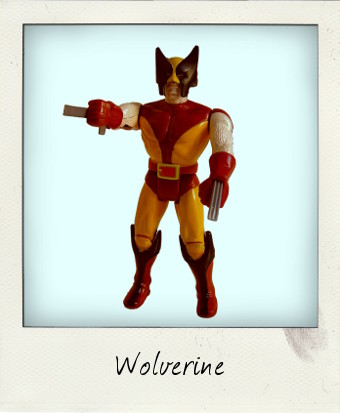 Several years ago I posted a great vintage advert for the first wave of 5-inch X-Men action figures produced by Toy Biz, which appeared in issue #1 from the October 1991 relaunch of the comic book starring the mutant superhero team as simply “X-Men” (rather than “Uncanny X-Men”).

I finally got around to tracking down a few of these enduringly popular figures recently and will be posting them here, starting today with what seems to be everybody’s favourite figure from the line – Wolverine! 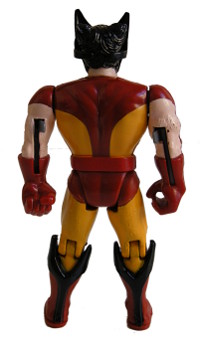 From its clumsy early efforts to emulate Kenner’s Super Powers figures, upstart company Toy Biz, as Marvel Toys was known back in the 1980s, soon learned from its mistakes and came to dominate the market with their Marvel Superheroes toy line in the early 1990s, with spin-off subsets such as the X-Men series (which continued to use the “Uncanny X-Men” moniker on packaging cards), and Spider-man, quickly added to their portfolio. Whilst there may have been dozens of X-Men action figures issued since that initial nine figure Toy Biz line, which saw Wolverine accompanied by Storm, Archangel, Nightcrawler, Cyclops, Colossus, Juggernaut, Magneto and Apocalypse, these chunky, accessory-packed vintage figures have stood the test of time, and are still highly collectible today. 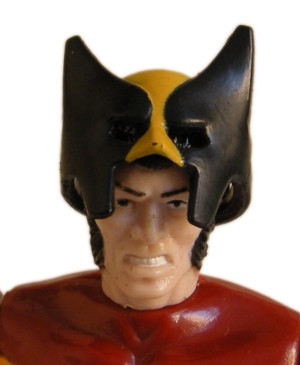 The articulation on this Wolverine figure is pretty limited of course, with only seven points at the neck, shoulders, hips and knees, but the added action feature of retractable “Snap-Out Claws” that can be made to nestle into a “J slot” and flipped out with ease – Snikt! – transforms this figure from the merely good into the utterly cool! And kudos to Toy Biz, this figure was really built to last – his claw mechanism still works perfectly!

The removable mask allowing us to see Wolverine’s Logan face too, is another plus – am delighted that my loose vintage Wolverine still has his mask intact, although his Samurai sword accessory is missing. The original packaging suggested that kids might like to wear the mask as a ring – a nice idea, but only for tiny hands! Adult collectors should probably avoid doing this…

All in all this is a must-have Wolverine collectible! Collect all the X-Men…you KNOW you want to!