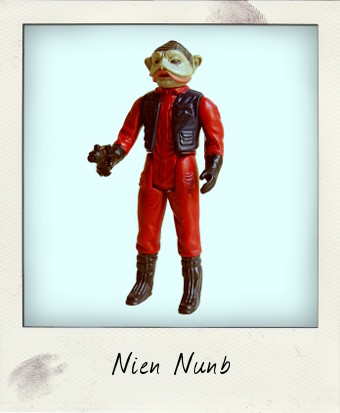 When Kenner started out on its 3 ¾ inch Star Wars action figure adventure in 1977 the popularity of the movie caught the toy company by surprise. It would be unthinkable today, where a marketing frenzy surrounds every film released with a potential toy franchise, but back then Kenner were so unprepared that they were unable to deliver any Star Wars action figures to toy stores in time for Christmas! The solution they came up with would become the stuff of collector legend – Kenner pre-sold empty boxes with an “early bird” order card, which could then be mailed away and redeemed for figures (Luke Skywalker, Princess Leia, R2-D2 or Chewbacca) when they became available. Kenner not only got away with this stunt, but seeing its success would repeat the idea later down the line with several “mail-away” or “mail-in” special offers. The 1983 Nein Nunb action figure here, for example, was first issued as part of a mail-away offer appearing on Return Of The Jedi 48 back cards and was yours for only “5 Proofs of Purchase from Kenner Action Figures”. He would eventually see his own full release on the Return Of The Jedi 65 back card, but this chap started life as a mail-away bagged figure or “baggie”. 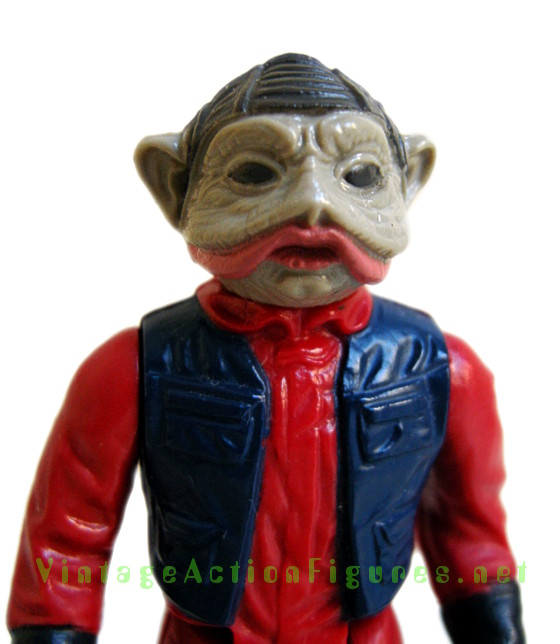 Unlike so many of the lesser, blink and you miss ’em alien characters in the Star Wars line, Nien Nunb is actually a memorable figure with hugely important screen time. Alongside Lando Calrissian he co-pilots the Millennium Falcon during the Battle of Endor and is also seen during the victory celebrations. He’s a Return of the Jedi hero…And he also has the kind of face it’s difficult to forget! Kenner, once again, did a commendable job of rendering him in all his jowly, pouting beauty. His outfit and waistcoat is also movie-accurate and nicely detailed. Incidentally, the Nien Nunb we see from the waist up sitting beside Calrissian in the Falcon, was actually a large animatronic hand puppet controlled by puppeteer Mike Quinn. The creature was nicknamed “Number Nine” by the crew, a title which inspired his eventual screen name. 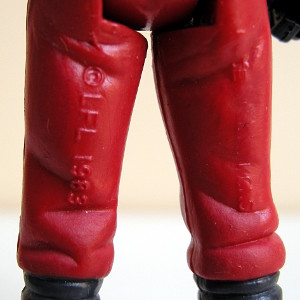 My Nien Nunb is in great condition with no paint/play wear, stiff limbs, and is complete with a Black Pilot Blaster weapon accessory (a reproduction for display purposes). The country of origin once said “Made in Hong Kong” running downwards on the back of his right leg, but has been almost entirely melted over, while the copyright information and date – © LFL 1983 – runs downwards on one line on the back of the left thigh.

He’s a must have figure in any vintage Star Wars collection!