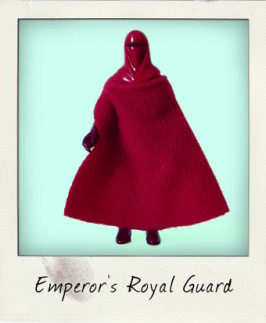 Whilst thinking about today's post I noticed that this blog has been rather light on vintage Star Wars action figures for a couple of months, so lets correct that situation right away with a look back at an absolute gem – the Emperor's Royal Guard. First appearing in 1983 on 65-back cards in conjunction with the release of Return of the Jedi, the Emperor's Royal Guard illustrates the attention to detail Kenner dedicated to each and every character in their 3 ¾ inch Star Wars series and is as … END_OF_DOCUMENT_TOKEN_TO_BE_REPLACED