The Mego brand name was synonymous with action figures during most of the 1970s. The Mego Corporation displayed enormous business acumen in its purchasing of the licensing rights to many successful movies, television shows and comic books, such as classics like Planet of the Apes and Star Trek, as well as their bestselling The World's Greatest Superhero line which featured Marvel and DC Comic book heroes.

The Mego Corporation closed shop for good in 1983 and vintage Mego action figures have since become highly collectible. 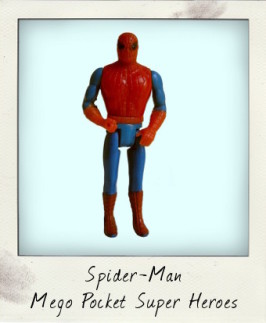 Kenner rightly deserves its place in toy making history for popularising the 3 ¾ inch figure through its vintage Star Wars line of the 1970s and 80s, with the huge success of the movie franchise proving to be a massive marketing lucky break for the company. The Mego Corporation definitely deserves a nod as the very first pioneer of the 3 ¾ inch scale, however, with their Comic Action Heroes line launched way back in 1976, and its revamped series three years later known as the Pocket Super … END_OF_DOCUMENT_TOKEN_TO_BE_REPLACED 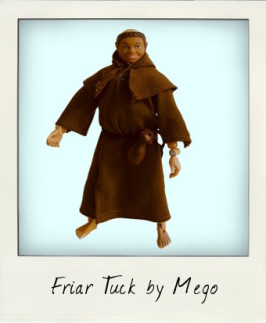 The legendary Medieval outlaw Robin Hood has been a hugely popular figure in English folklore for centuries. Armed with bow and arrow and sword, he would steal from the rich to give to the poor, and then head back to his hideout in Sherwood Forest with his band of fellow “Merry Men”. With love interest in the shape of Maid Marian, and the Sheriff of Nottingham as his arch enemy, the story of Robin Hood has been a perennial favourite with Hollywood filmmakers since the early days of silent … END_OF_DOCUMENT_TOKEN_TO_BE_REPLACED 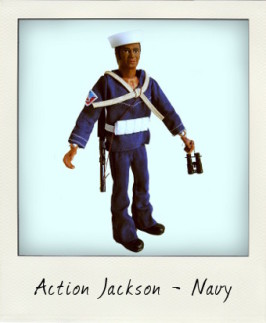 Whilst it was Hasbro who first coined the phrase “action figures” for military dolls aimed at the boys' market in the late 1960s with their G.I. Joe line, and in particular Palitoy's UK version known as “Action Man”, the legendary Mego company also earned a place in action figure history in the early 1970s with their own short-lived adventure hero line - Action Jackson. Selling well only briefly, and ultimately a commercial failure, these 8 inch figures with a wonderful range of costumes, were … END_OF_DOCUMENT_TOKEN_TO_BE_REPLACED 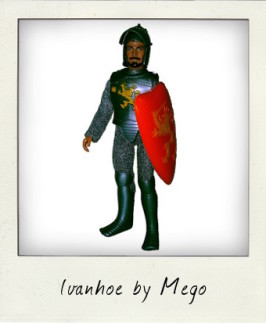 Whilst legendary toy makers Mego are probably most famous for their 1970s 8-inch line of comic book characters the World's Greatest Super Heroes, some of their most highly collectible figures today are a very different range of swashbuckling literary and historic heroes – The World's Greatest Super Knights! Ivanhoe here, was released alongside the Black Knight, King Arthur, and his knights Sir Galahad and Sir Launcelot, in what was a spectacularly detailed series of beautifully made action … END_OF_DOCUMENT_TOKEN_TO_BE_REPLACED 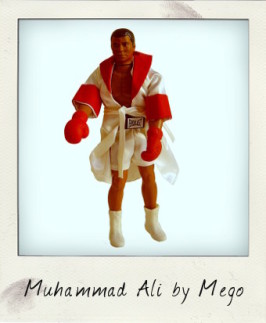 “Floats like a butterfly, stings like a bee, The greatest sports action figure is Muhammad Ali” I'm a huge admirer of Muhammad Ali and a massive fan of Mego's vintage 8-inch action figures from the 1970s, so this Ali meets Mego action figure has always been a must-have item for me. I finally managed to track one down at a fair price in an online store recently and have had it in my possession for only a short time, but I became instantly smitten the moment I unrolled him from the … END_OF_DOCUMENT_TOKEN_TO_BE_REPLACED 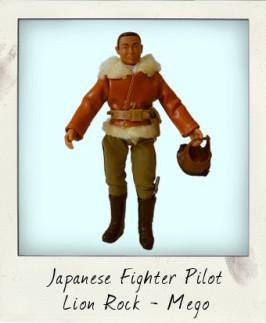 The great Mego Corporation initially balked at the idea of creating a series of World War II themed figures in the 1970s – after all, this would have meant entering into head to head competition with Hasbro's military G.I. Joe Adventure Team action figures in the US – but they liked the idea enough to try it out across the Atlantic, handing the reins to European distributor Lion Rock. The resulting series of 6-inch figures released by various different European toy companies saw some truly … END_OF_DOCUMENT_TOKEN_TO_BE_REPLACED 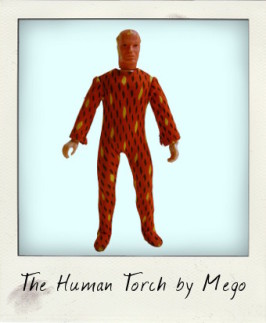 Collecting vintage 8 inch Mego action figures from the World’s Greatest Super Heroes line can sometimes bring some fun surprises as we saw a while back with my Superman figure with Spider-man's red torso. Whilst many anomalies may well have left the factory that way during the long production life of these hugely popular figures, some toys have clearly been pieced together Frankenstein-style with spare parts from assorted characters or even reproduction accessories. I'm not entirely certain … END_OF_DOCUMENT_TOKEN_TO_BE_REPLACED