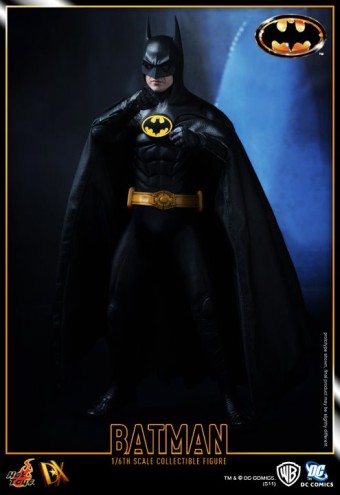 As regular readers will know I’ll occasionally feature a modern action figure if it has a vintage theme or if it’s just so darn good that I can’t let it pass! And once again, it’s the team at Sideshow Collectibles and Hot Toys to pique my interest with this stunning Michael Keaton as Batman in Tim Burton’s 1989 movie sixth scale figure.

Action figures don’t come more movie-accurate than this high-end Batman collectible, and with the Parallel Eyeball Rolling System (PERS) be prepared to be seriously freaked out as Keaton stares you down. As to be expected his costume is detailed perfection and he is issued with a plethora of weapons and accessories, as well as interchangeable hands and – the crowning glory of this figure – a newly developed head sculpt with three interchangeable faces which include a bloodied-lip version. The body and head sculpt is by Pan, with paintwork by JC Hong, under the artistic direction of Kojun and GOX.

There is limited availability for anybody still looking to purchase this piece – click to backorder the DX Series Batman (1989 Version) Sixth Scale Figure now! Shipping April 2012! 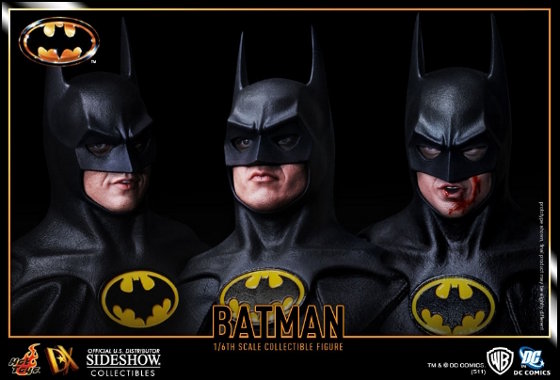