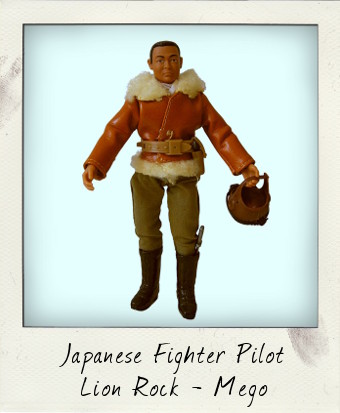 The great Mego Corporation initially balked at the idea of creating a series of World War II themed figures in the 1970s – after all, this would have meant entering into head to head competition with Hasbro’s military G.I. Joe Adventure Team action figures in the US – but they liked the idea enough to try it out across the Atlantic, handing the reins to European distributor Lion Rock. The resulting series of 6-inch figures released by various different European toy companies saw some truly wonderful toys, works of art in their detail which remain popular in the world of Mego collectibles.

Charting the history of some of the greatest military battles – “Storie delle grandi battaglie” – the Italian figures like this Japanese Fighter Pilot here, were issued by Polistil; in the UK “Battle Brigade” figures were Palitoy’s offering, the rather oddly named “Il était une fois” (Once Upon a Time) came out in France, whilst “Gestern War’s” (Yesterday’s Wars) was the name given to the German Lion Rock releases.

The packaging of the Italian release of the Japanese Fighter Pilot (“Pilota da Caccia”) focused on the attack on the aircraft carrier Saratoga in February 1945 when six Japanese planes scored five bomb hits on the carrier in three minutes (see Wikipedia for more information about the attack). 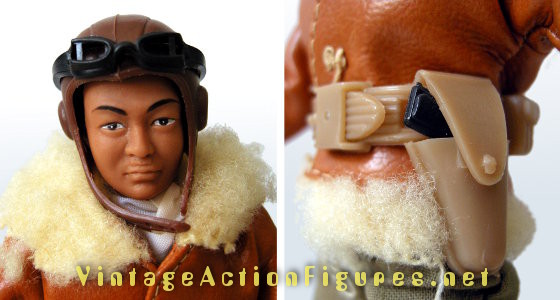 The attention to detail in the costume and accessories on this figure is really quite remarkable: the fur-lined jacket trim; helmet with working buckle strap and goggles; a belt with a tiny pistol in a holster; there’s even a white scarf tied around his neck. One detail, however, seems to have been missed – a small moustache has clearly been molded, but not painted – this seems to be common, however, and not unique to my figure in particular. 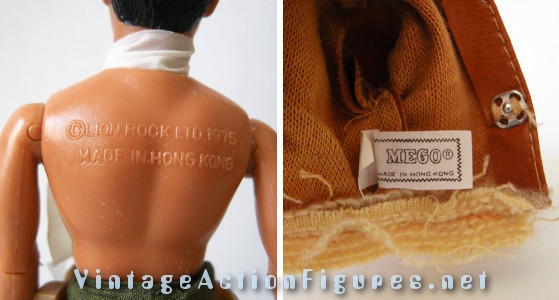 There are no Polistil markings on the figure, instead it is date stamped 1975 with a Lion Rock copyright notice on the reverse of the figure, with the jacket carrying a Mego label.

Am thrilled with this vintage Italian find!