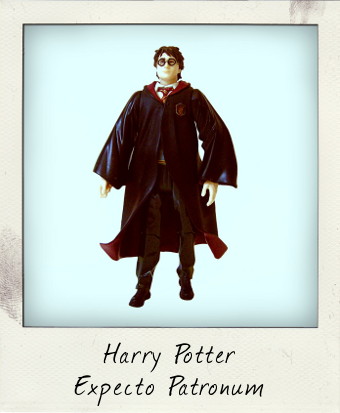 Whilst fans have been gathering for days in London’s Trafalgar Square to see the stars of the final Harry Potter movie Harry Potter and The Deathly Hallows:Part 2 walk up the red carpet for the film’s premiere, I thought it might be fun to take a look back at a Mattel action figure release from 2004 – the Expecto Patronum Harry Potter issued as part of the Deluxe Wizard Collection.

8 inches tall and solidly built, this figure was part of the final action figure set to be released by Mattel before NECA took over the franchise. It was also one of the first Harry figures to depict an older Daniel Radcliffe and Mattel did an excellent job of creating a movie-likeness of the actor as he appeared in Harry Potter and the Prisoner of Azkaban, with enormous attention to every last detail – even the soles of his shoes have carefully detailed tread. 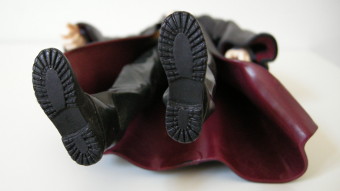 This makes it even more surprising, therefore, that the Patronus gimmicks that came with this figure – three brightly-coloured orange, blue and green plastic swirls – don’t actually look anything like a Patronus spell. Lets not be overly critical, however, as the spells will “shoot” out of his sleeve if you raise and lower his arm – pretty cool!

As with many of my vintage action figures this was a market stall find and sadly Harry had already lost his most important accessory – his wand! I even returned to the same stall the following week and after extensive rummaging in the bargain bin was able to find one of the three spells, but alas no wand. 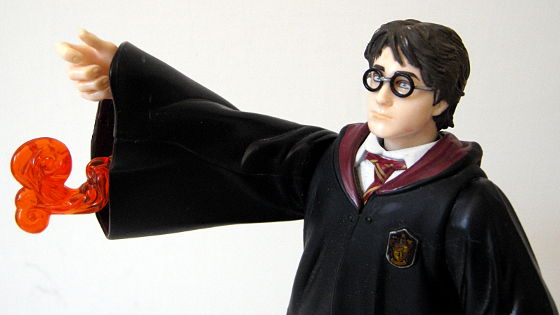