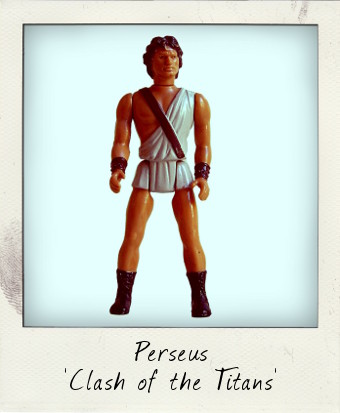 Ahh, who can resist a 1980s blockbuster?! The 1981 version of Clash of the Titans, based very loosely on the Greek myth of Perseus, certainly had it all: epic special effects, Styrofoam sets, stop-motion monsters, and a cast boasting not only the cream of British theatre such as Laurence Olivier as Zeus and Maggie Smith as Thetis, but also a then relatively unknown young actor called Harry Hamlin in the starring role. A box office smash back in the day, it’s a cult classic amongst fantasy film fans nowadays. Watching the CGI effects in the 2010 3D remake, in fact, only made one nostalgic for stop-motion animator Ray Harryhausen’s Kraken in the original movie.

The film may have been a success, but the tie-in action figures released by Mattel at the time were not, so this was a one wave figure line. This is not necessarily a reflection on the quality of the figures themselves, which were really rather good, but without the film to back them, they had a very short life after the movie had completed its theatre run. 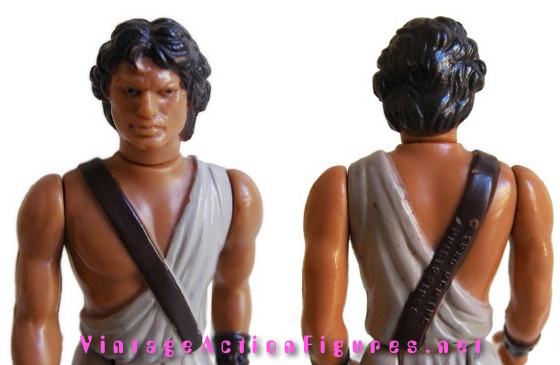 Sticking with the 3 ¾ inch size, with the standard five points of articulation at the neck, shoulders and hips which had proved so popular with the Kenner Star Wars line, Mattel released the main antagonist Calibos, Perseus’ sidekick Thallo, and the creepy Charon, alongside our hero here. The facial sculpt was a pretty good attempt at capturing heartthrob Harry Hamlin’s good looks, and his skimpy miniskirt is movie-accurate too! Kids would have seen Zeus provide Perseus with “a helmet, a shield, a sword…of divine temper…” in the film, so the fact that he was issued with only sword and shield accessories may have been a tad disappointing, but to make up for it, there was also a white Pegasus with rubber wings. VERY cool!

My loose figure is missing his accessories, unfortunately, but I certainly plan to track down the missing pieces and the rest of this set as soon as possible! Another must-have vintage action figure for fans of 1980s movies.