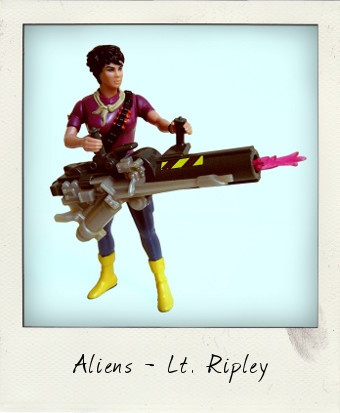 When Ridley Scott’s ground-breaking sci-fi horror movie Alien first opened way back in 1979, toy maker Kenner – fresh from the unprecedented success of its Star Wars action figures – was perhaps the obvious choice to create a line of tie-in merchandising. Not surprisingly, however, given the adult film certificate on the original movie, Kenner’s initial attempt at creating an Alien toy in the shape of a not-so-cuddly and fearsomely huge 18-inch Alien “doll” didn’t go down too well with parents and was quickly withdrawn from sale. I was only eleven years old in 1979, so I had to wait until James Cameron’s 1986 sequel Aliens for my first big screen experience of the franchise. It wasn’t until 1992, though, and the release of Alien³, that Kenner finally issued a series of Aliens action figures. 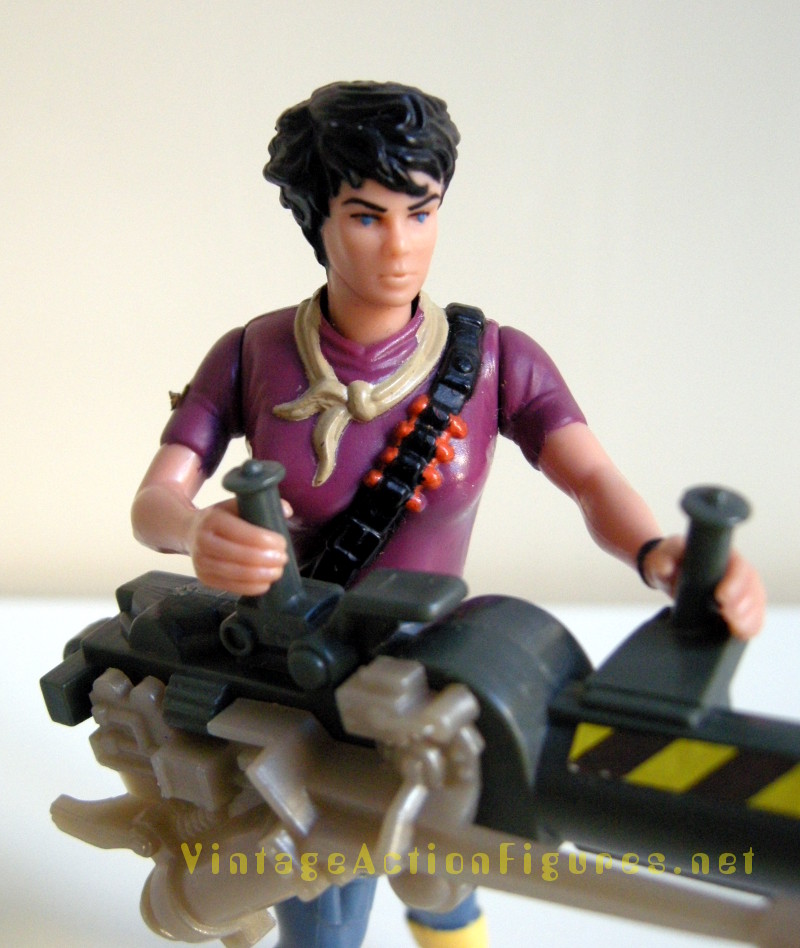 The figures are only loosely based on the characters from Aliens – if truth be told, the resemblance to their on screen counterparts stops at the names in most cases – but these 5-inch figures are still must-have items if you’re a fan of the movies. The blue-eyed Lieutenant Ripley figure here, for example, couldn’t look less like brown-eyed Sigourney Weaver, although they did get the hair more-or-less right! The figure is still nicely sculpted nevertheless, with enough details – a neckerchief, ammunition shoulder strap, as well as varies belts and pockets, picked out in different colours – to make this a great display piece. 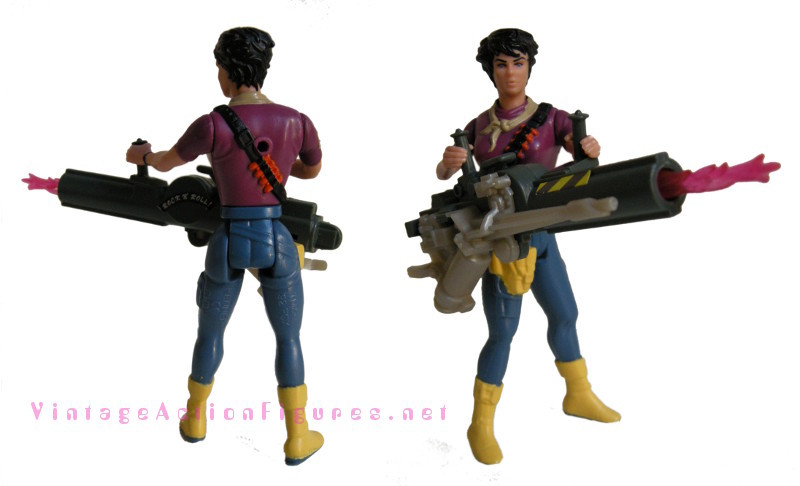 Aliens – Lt. Ripley. Front and back of figure 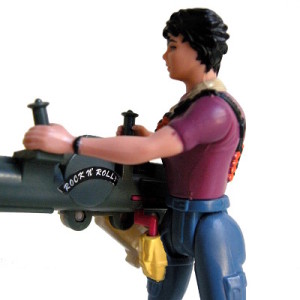 Articulation is rather basic, with just six points at the neck, waist, shoulders and hips, although there’s a dynamic action feature that more than makes up for the lack of movement. “With Real Turbo Torch Action” promised the packaging, and luckily my loose figure still has her “Turbo Torch” flamethrower accessory. If you place the weapon in her hands, and slot the pink lever on the back into the yellow holster at the top of her right thigh, you can then twist her at the waist and make a pink, translucent “flame” appear from the end of the barrel. It’s another of those fun, seamlessly integrated gimmicks that Kenner employed so well during the 1980s in their Super Powers line.

Issued as part of Series 1, the figure was originally carded with another small weapon, as well as an Aliens comic book, and a set of stickers, some of which have been applied to my figure and the flamethrower.

Dark. Empty. Silent. This is deep space… and vicious Aliens are attacking. One force has the guns and the guts to face these ugly monsters. Send in the heavy metal… Send in the Space Marines! THE INVASION IS ON!