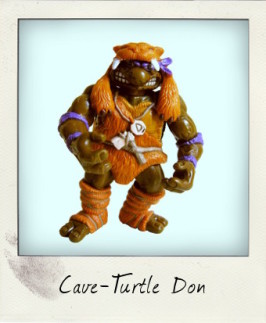 It’s been slow start to 2014 on the vintage action figure collecting front - I've come away disappointed and empty handed from several recent forays to markets stalls and my usual haunts. Choice figures from decades past seem to be getting harder and harder to find...But then, unexpectedly, I found a couple of gems at a new flea market this week. I never pass up the chance to add a new Teenage Mutant Ninja Turtles figure to my collection, however silly the guise, so this Donatello draped in furs … END_OF_DOCUMENT_TOKEN_TO_BE_REPLACED 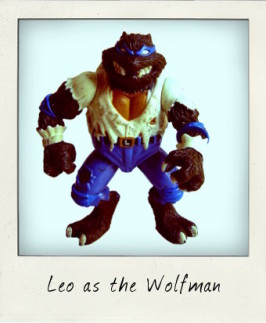 During the late 1980s and early 1990s Playmates Toys invented some wonderfully imaginative scenarios for their Teenage Mutant Ninja Turtles action figures with endlessly creative variations. These weird and wonderful figures seem to divide collectors straight down the middle, but love 'em or hate 'em, there's absolutely no denying the sheer quality of the designs. As a Universal Monsters movie fan, the 1993 first wave of Official Universal Studios Monster Turtles, which saw our reptilian heroes … END_OF_DOCUMENT_TOKEN_TO_BE_REPLACED 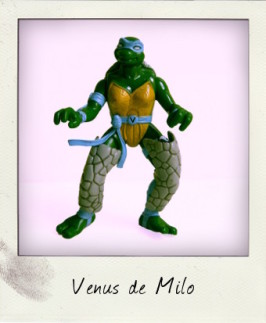 When Michael Bay, producer of the forthcoming Ninja Turtles movie, announced earlier this year that in the revamp Donatello would now be a female turtle named Donatella, Internet forums were quickly filled with angry comments from die-hard fans...until people noticed the date and realised that this news had been nothing but an April Fools' Day hoax! But what is it about girl turtles that seems to upset folks so much!? As it happens, “Donatella” if she had ever happened, would not have been … END_OF_DOCUMENT_TOKEN_TO_BE_REPLACED 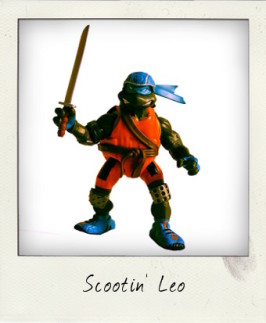 With the resounding success of the 2012 Olympics Games and the record-breaking attendance figures for the thrilling Paralympic Games which are currently taking place in London I thought a vintage sporting action figure was in order. Working on the premise that when it comes to Teenage Mutant Ninja Turtles MORE is quite definitely more, here is another figure in the accessory-packed Extreme Sports line from 2003. These 5 inch Playmates figures saw everybody's favourite reptiles decked out in … END_OF_DOCUMENT_TOKEN_TO_BE_REPLACED 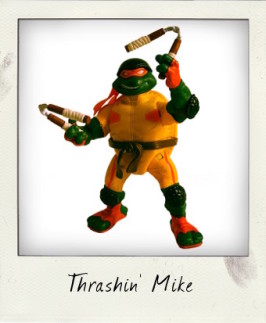 When Teenage Mutant Ninja Turtles reappeared on the small screen in 2003 in a relaunched animated TV show Playmates Toys picked up their old license and resumed production of their legendary TMNT action figures, raising the bar with every new figure set with increasingly clever and inventive toys. Their range of solidly constructed action figures were also built to survive heavy play. This particular 5 inch figure, for example, was part of an accessory-packed set of figures from that same … END_OF_DOCUMENT_TOKEN_TO_BE_REPLACED 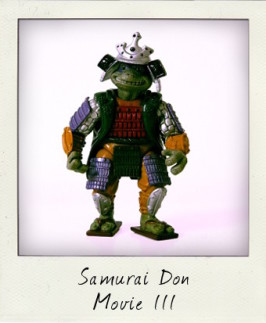 By the time everybody's favourite reptiles had appeared on the big screen for the third time in 1993 in the unimaginatively entitled movie Teenage Mutant Ninja Turtles III, TMNT fever was maybe waning a little since its frenzied heyday of the late eighties. Certainly, this live-action movie suffered from poorer quality costumes - Jim Henson's amazing Creature Shop had been involved in the previous two cinema outings and was missing from this production – although, with an adventure which saw the … END_OF_DOCUMENT_TOKEN_TO_BE_REPLACED 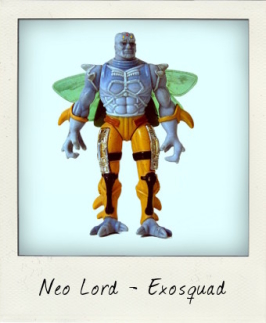 I confess that when I found this ugly-looking bruiser in a flea market recently I didn't immediately recognise him and needed to do some sleuthing on the Internet to put a name to his gnarled face – Neo Lord, one of the Neosapien Warriors from the 1995 Playmates Exosquad action figure series. Originally launched in 1993 as spin-off toys for the Japanese anime-inspired Exosquad cartoon series created by Universal Cartoon Studios, like all self-respecting toy lines the Exosquad action figures … END_OF_DOCUMENT_TOKEN_TO_BE_REPLACED