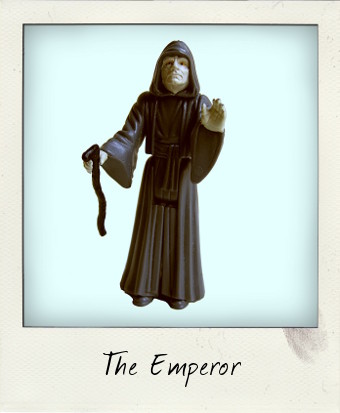 It’s a strange thought now, looking back at the original Star Wars trilogy, but Darth Sidious aka Dark Lord of the Sith, the biggest baddie and antagonist of the entire series, didn’t have any live action screen time until Return of the Jedi in 1983 (although a hologram did make a flickering appearance in the earlier The Empire Strikes Back). The archetype for hooded evil, Emperor Palpatine was played by Ian McDiarmid, who has had the very good fortune to reprise his role in all three of the prequels, which chart the character’s devious political career from Senator, to Supreme Chancellor, and eventually Emperor. Back in the 1980s, however, when Kenner still held the keys to the action figure toy chest, he was simply known as The Emperor. 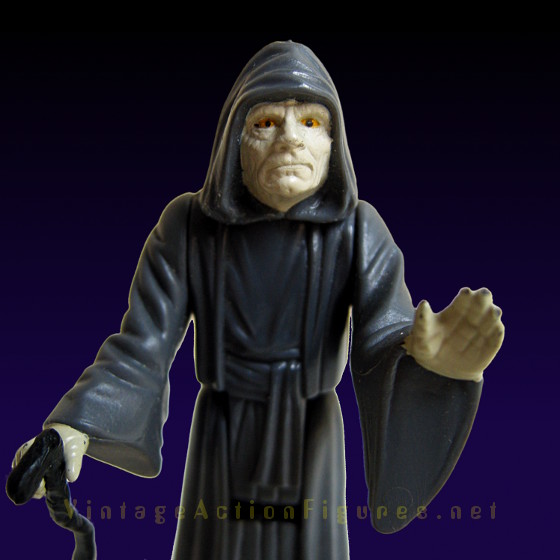 There is a great disturbance in the Force…

I’m particularly fond of this action figure. With his craggy face, and creepy yellow eyes, the facial sculpt is a great movie-likeness to Palpatine as played by the heavily-disguised McDiarmid in Return of the Jedi. His robes are also sculpted into satisfyingly realistic folds. Like most of the figures in this 3¾ inch vintage Kenner line, there are five points of articulation – at the neck, shoulders, and hips – although the most dynamic position one can realistically manage would be to have him brandish his walking stick accessory. Phantom Menace?! Not-so-much. 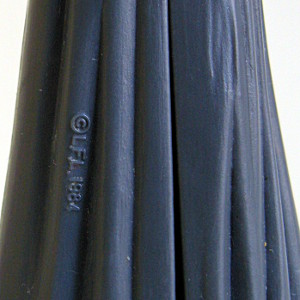 As with many of the vintage figures, there are a couple of distinct variations with this figure – a darker and lighter grey plastic mold, with varying degrees of detail in the sculpt. My Emperor here is the lighter grey version, with greater detail in the robes, lesser detail in his hands, identifiable by the smaller lettering of the 1984 date stamp, which runs downwards on the back of his left leg. The reverse of the right leg is completely smooth and has no country of origin indicated. While the figure may be dated 1984, he actually started life as a United States mail-away figure in 1983. Advertised on 65-back ROTJ carded figures – five mailed-in proofs of purchase bought this exclusive figure – he eventually found himself on his own 77-back ROTJ card.

If you love Star Wars, The Emperor is an essential vintage collectible. Collect them all…you KNOW you want to!