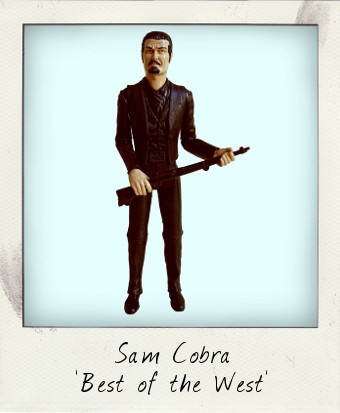 When toy maker Louis Marx & Co. launched its response to industry rival Hasbro’s G. I. Joe (or Action Man, as he was known in the UK ) it was in the form of a 12 inch articulated cowboy “doll for boys” called Johnny West. First appearing in 1965, Johnny West marked the first character in the hugely collectible Best of the West action figure line, with clan leader Johnny quickly joined by other West family members over the years that followed – Jane, Jay, Josie, Jamie, Janice, Jimmie, and Johnty. Marx did eventually branch away from characters beginning with the letter J, and even decided to add some villains to the mix! Cue our devilishly handsome man in black here, the con-man, gambler, and gun-fighting renegade Sam Cobra.

Sam Cobra first appeared in 1972 and was in production until 1975. My loose figure isn’t dated – the Marx copyright logo on the back of his torso is undated and there is no country of origin – although he was certainly issued earlier than the final run figures in 1975 – later versions included a special Quick Draw action feature operated via a switch in his back, not included on this version. He also has a trick up his left sleeve, as befitting his dapper gambler’s clothes: a small hole to hide a stiletto knife accessory.

Sadly, and rather predictably, my loose Sam was found minus almost all his numerous accessories. Marx really went to town with the extras on this line, and Sam Cobra was no exception. The first issue of the figure came with a staggering 23 items. Not content with the obvious such as a belt and holster, and Peacemaker and Derringer pistols, he was also issued with an extremely cool safe and stick of dynamite. My Sam has a Winchester rifle, but I suspect it’s a reproduction piece. I would love to see him complete with his sombrero hat and neckerchief clothing accessories! 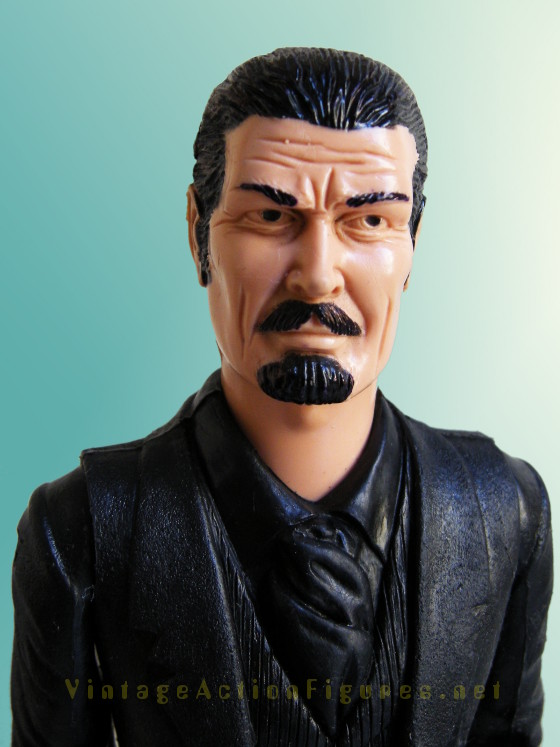 The attention to detail on this figure is impressive even by today’s standards. The figure is cast in solid poly-plastic and the sculpt carefully reproduces every detail of the pinstripes on his waistcoat, embroidered buttons, folds and creases. His face is one of the better ones too, with his furrowed brow and his moustache and goatee beard painted neatly. If he looks familiar, you might recognise him from the previous Marx figure Sir Stuart the Silver Knight from the late 1960s. Sam Cobra, in fact, uses a recycled head mold. 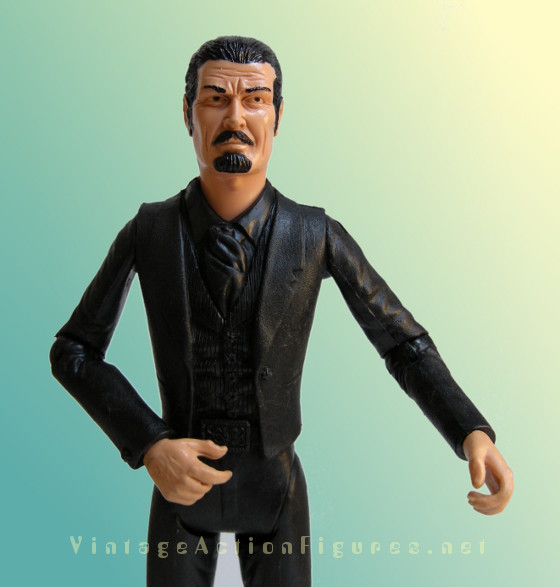 Sam Cobra – Shall we dance?

Marx proudly labeled this line as “movable cowboys” and Sam Cobra’s 11 points of articulation aren’t too shabby even today. He can turn his head to look left or right at the neck, whilst ball joints in the shoulders allow him to “flex his shoulders in and out, back and forth”. There is further articulation at the elbows, wrists, hips and knees, with his hands cast in a softer rubbery vinyl allowing him to better grip his weapons.

Cast in heavy-duty plastic Louis Marx action figures were built to last and will display beautifully in any vintage collection. I think I want more of them!