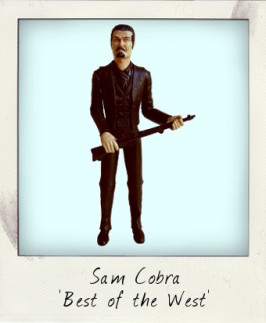 When toy maker Louis Marx & Co. launched its response to industry rival Hasbro's G. I. Joe (or Action Man, as he was known in the UK ) it was in the form of a 12 inch articulated cowboy “doll for boys” called Johnny West. First appearing in 1965, Johnny West marked the first character in the hugely collectible Best of the West action figure line, with clan leader Johnny quickly joined by other West family members over the years that followed – Jane, Jay, Josie, Jamie, Janice, Jimmie, and … END_OF_DOCUMENT_TOKEN_TO_BE_REPLACED 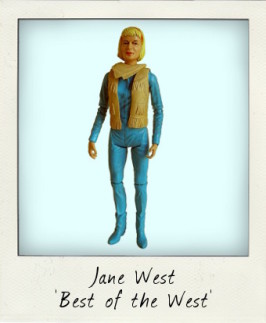 The secret behind the success of the 1960s and 70s Best of the West action figures was surely the loving attention to detail which toy makers Louis Marx & Co. lavished upon its flagship line. Cast in solid poly-plastic with vinyl accessories, the most striking thing about these figures today is the exquisite molding – every last fold and crease, shirt cuff, trim and button, is faithfully reproduced, with each figure issued with, quite literally, dozens of individual pieces of equipment and … END_OF_DOCUMENT_TOKEN_TO_BE_REPLACED