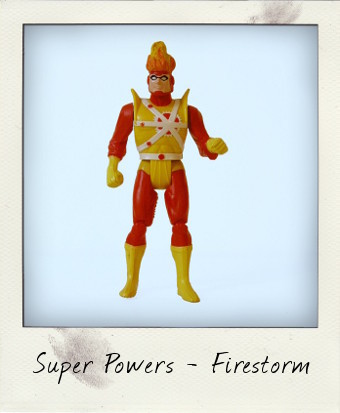 Andy over at Action Figure Blues wrote a great review of two recent DC Direct Brightest Day figures - Mera and Firestorm. This has inspired me to take a look back at another classic Firestorm figure from one of my own absolute favourite vintage action figure lines – the Kenner Super Powers. Kenner's utterly cool version of Firestorm first appeared in 1985 as part of the second series, and was closely based on Al Milgrom's designs in the comic book. Compared to other DC Comics characters in … END_OF_DOCUMENT_TOKEN_TO_BE_REPLACED