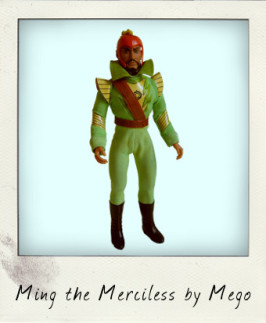 Every super-hero needs an arch-nemesis, and every toy manufacture knows that too! Action figure giant Mego, the company behind some of the most collectible action figures made during the 1970s, even released an 8-inch “Super Foes” line in 1974 to mirror its Super-Heroes line. And when Mego launched a new 10-inch figure design in 1976 with a stunning Flash Gordon playset, one of the finest characters in the series, aside from Flash himself of course, was the big baddie in all three of the 1930s … END_OF_DOCUMENT_TOKEN_TO_BE_REPLACED 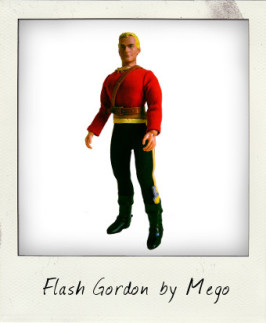 For kids growing up in the UK during the 1970s Saturday morning picture shows at the local cinema were a highlight of the week! This was a long time ago, of course, and it certainly feels like we were living in a galaxy far, far away...Indeed, in those distant, pre-Star Wars days a staple of kids programming was the 1936 sci-fi film serial Flash Gordon, starring Olympic swimming star Buster Crabbe in the title role, and Charles B. Middleton as his arch-enemy Ming the Merciless. A forerunner of … END_OF_DOCUMENT_TOKEN_TO_BE_REPLACED