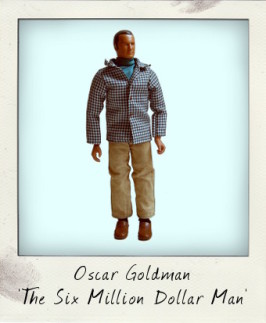 If they were handing out awards for the best dressed action figure of the 1970s then you can bet that Steve Austin's boss at the OSI - that's the Office of Scientific Intelligence to any readers too young to remember cult TV show The Six Million Dollar Man – the always dapper Oscar Goldman would certainly be in the running for top prize! Kenner did a wonderful job with this 12-inch figure – the attention to detail with his plaid jacket (including buttons), dazzling green turtle-neck sweater, … END_OF_DOCUMENT_TOKEN_TO_BE_REPLACED 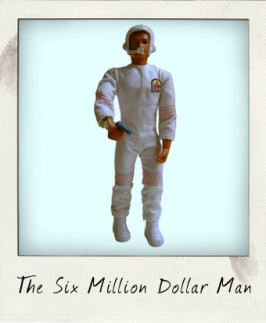 Gentlemen, we can rebuild him... We HAVE the technology! That was the promise made, week after week, during the opening titles of the hit 1970s television show The Six Million Dollar Man. It made total sense, therefore, when Kenner and General Mills acquired the toy license to manufacture the action figure spin-off merchandise in 1975, that kids should also be given the chance to rebuild their own 13-inch version of Steve Austin, the Bionic Man. The decision to make the Six Million Dollar … END_OF_DOCUMENT_TOKEN_TO_BE_REPLACED