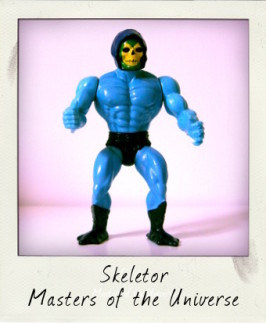 It has been quite some time since we've looked at any of those swivel-hipped vintage wonders of the early 1980s – Mattel's Masters of the Universe. MOTU action figures swept toy aisles by storm thanks to a fiendishly well organised merchandising campaign which saw the tie-in animated TV series He-Man and the Masters of the Universe turn these 5 ½ -inch action figures into the most-wanted toy of an entire generation...until sales eventually slowed down after the arrival of Transformers and G.I. … END_OF_DOCUMENT_TOKEN_TO_BE_REPLACED