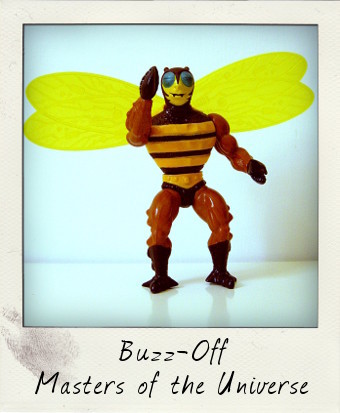 Ever since the news was first announced at the 2010 San Diego Comic Con earlier this year that Mattel would be issuing a Buzz-Off figure in December as part of its Masters of the Universe Classics toy line, the buzz (ahem!) about this figure got louder and louder! It became immediately clear from online forums that the humanoid bee from the race of Bee People was an immensely popular character from the original MOTU line, so with release of the new figure now imminent, let's take a timely look … END_OF_DOCUMENT_TOKEN_TO_BE_REPLACED