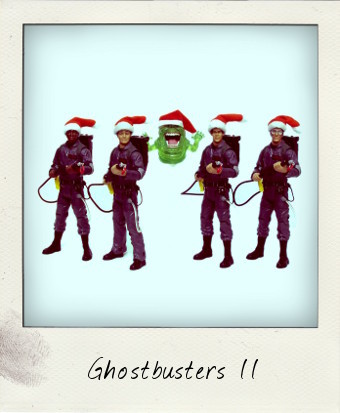 Ghostbusters saw the 30th anniversary of its original release this past year. Sadly, the world also lost Harold Ramis, who played Egon Spengler and was one of the creators of this iconic movie, so this seems like a very good year to remember Ghostbusters at Christmas. In 2010 Toys R Us sold this exclusive set of 6-inch action figures by Mattel, based on a short scene in the sequel Ghostbusters II, where the team ran through the streets of New York wearing Santa hats. … END_OF_DOCUMENT_TOKEN_TO_BE_REPLACED 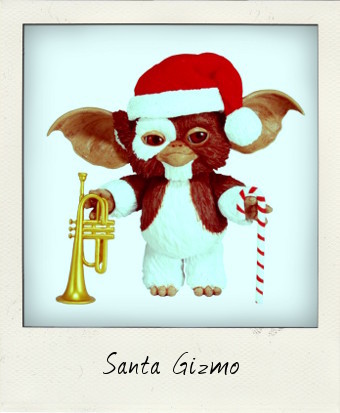 As a special exception I couldn't resist featuring a brand new action figure for Christmas this year. I'm a huge Gremlins fan – it's my favourite Christmas movie – and this NECA Santa Gizmo figure is a wonderful addition to any Gremlins collection! Released as a Toys ‘R’ Us Exclusive this 7 inch special edition Gizmo figure is a perfect movie-likeness to how Gizmo appeared in the original Joe Dante Gremlins movie released in 1984. LJN Toys created a wonderful vintage figure at the time, but … END_OF_DOCUMENT_TOKEN_TO_BE_REPLACED 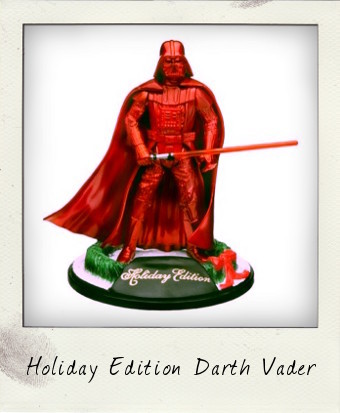 'Tis the season to be jolly, so here's a look back at Hasbro's Holiday Edition Darth Vader action figure that was a StarWarsShop.com exclusive back in 2005. Essentially the same figure with eight points of articulation which had been issued as part of the Original Trilogy Collection in 2004 and earlier still as part of the Toys 'R' Us Star Wars Saga multipacks in 2003, this Darth Vader had one major difference which you may just have spotted – a head-to-toe Santa-style coat of red paint! … END_OF_DOCUMENT_TOKEN_TO_BE_REPLACED