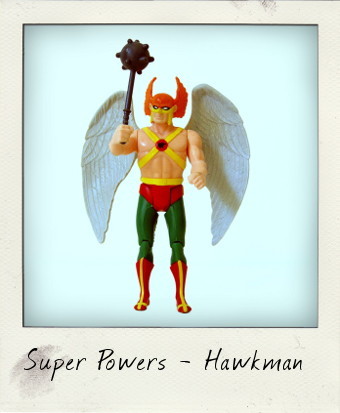 Any regular readers of this blog will know that my big collector's crush of the moment is on the vintage Kenner action figures known as Super Powers. Produced for a mere two years from 1984 until 1986 when the line folded after only three series, these 4-inch action figures starring DC Comics superheroes with built-in power action features, are still hugely sought after by many toy fans. Let this post serve as a warning – buy just one of these figures and you'll soon find yourself wanting each … END_OF_DOCUMENT_TOKEN_TO_BE_REPLACED