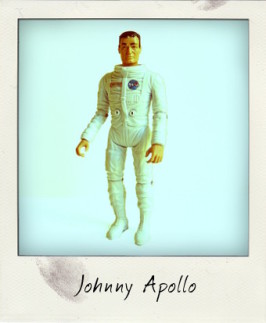 It's an amazing thought, yet when toy making giants Louis Marx & Co. first launched the Johnny Apollo action figure in 1968, man had yet to land on the moon! Astronauts, of course, were all the rage, with the Soviet Union and the US neck and neck in the Space Race, with our Johnny here named in honour of the US Apollo program which would succeed in putting the first humans on Earth's Moon the following year in 1969. Molded in heavy, highly detailed, white poly-plastic, Johnny Apollo was … END_OF_DOCUMENT_TOKEN_TO_BE_REPLACED