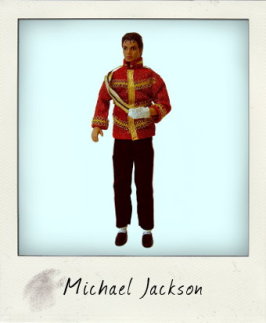 Sooner or later every toy blogger must face the million dollar question when it rears its ugly head - is that an action figure...or is it a DOLL?! Reis O'Brien provides what is possibly the last word in the action figures versus dolls debate over at About Action Figures, and by his standards, our Michael Jackson here teeters dangerously on the edge of doll-dom - to make things worse, LJN Toys, whose wresting figures and Thundercats lines are 100% in the action figure camp, even used the D-word … END_OF_DOCUMENT_TOKEN_TO_BE_REPLACED 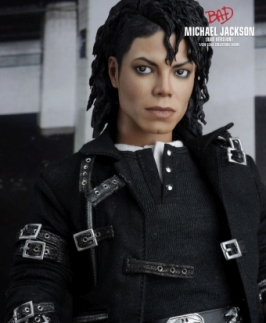 The Internet has been buzzing with this release for a few days now, but the item is finally available for pre-order - the latest action figure from Hot Toys in their Icon series - Michael Jackson - immortalized as he was in 1987, when he appeared in the Martin Scorsese-directed video for his worldwide hit single "Bad". This 1/6th scale collectible figure featuring the King of Pop has the usual Hot Toys high quality authentic head sculpt, multi-layered stereoscopic hair sculpture and a highly … END_OF_DOCUMENT_TOKEN_TO_BE_REPLACED

October 31st will soon be upon us so here's a timely look at some spooky vintage action figures and a few of the best horror movie icons to have been immortalized as toys over the years. Happy Halloween! Hannibal Lecter NECA have to be hands down one of the best action figure producers for really nailing movie likenesses. The wonderful 7 inch Silence of the Lambs action figure of Anthony Hopkins in his Academy Award-winning performance as Hannibal Lecter was issued as part of their Cult … END_OF_DOCUMENT_TOKEN_TO_BE_REPLACED