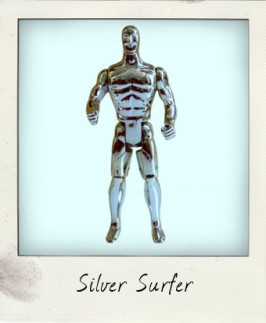 Long before the name “Silver Surfer” was adopted as the Web's favourite nickname for elderly Internauts, this alien superhero graced the pages of Marvel Comics, first appearing in the Fantastic Four issue #48 in March 1966. Of course, the Silver Surfer never actually required anything as ordinary as waves in the ocean to surf, when with his cosmically powered flying surfboard-like spacecraft he could surf the universe faster than the speed of light! Before taking a brief blogging break in … END_OF_DOCUMENT_TOKEN_TO_BE_REPLACED