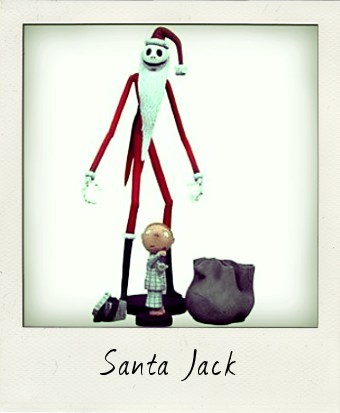 Christmas is almost upon us so here's a seasonal look at a classic Christmas-themed action figure – Santa Jack from Tim Burton's The Nightmare Before Christmas, released in NECA's second wave of 7 inch action figures for the film. For those of you who haven't seen the stop motion masterpiece, Jack Skellington is the Pumpkin King of Halloween Town, a creature more skilled at spreading terror during Halloween than joy at Christmas time! This all changes when he accidentally discovers Christmas … END_OF_DOCUMENT_TOKEN_TO_BE_REPLACED