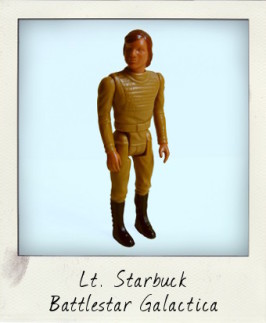 Light years before the name “Starbuck” added an “s” and became synonymous with caffè latte, the world’s most famous Starbuck was the fictional first mate of the Pequod, the whaling ship at the heart of Herman Melville's novel Moby-Dick. In fact, it was in homage to this literary character, that our Lieutenant Starbuck here, the protagonist of the cult 1978 sci-fi television show Battlestar Galactica, was named, although the gambling, womanising, and cigar smoking Viper starfighter pilot, and the … END_OF_DOCUMENT_TOKEN_TO_BE_REPLACED 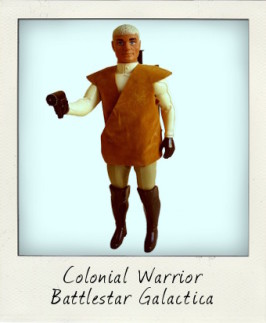 Don't worry if this character isn't familiar to you. His face isn't likely to ring any bells with even the most die-hard fans of the original Battlestar Galactica TV series from 1978 either! When Glen A. Larson's short-lived sci-fi show was launched as a somewhat blatant attempt to rival the small screen success of Star Trek, and in the clear hope of cashing in on the cinematic box office success of Star Wars the previous year, Mattel won the license to produce the tie-in action figure … END_OF_DOCUMENT_TOKEN_TO_BE_REPLACED 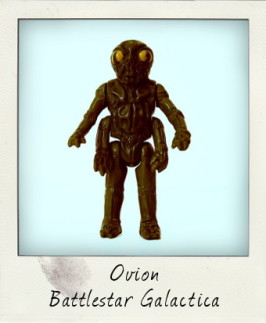 With this 1978 Battlestar Galactica action figure of Ovion, Mattel managed to pack six points of articulation into a 3 ¾ figure. Of course, when the figure in question is an alien bug with four arms and two legs, they clearly had a head start on the articulation front! Sadly, the neck is firmly one piece with the torso, although with all those limbs I'm sure kids at the time had lots of fun with this one. Ovion appeared as part of the first series of figures, which was launched to tie in … END_OF_DOCUMENT_TOKEN_TO_BE_REPLACED 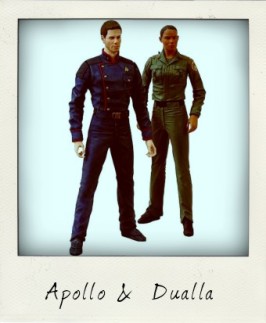