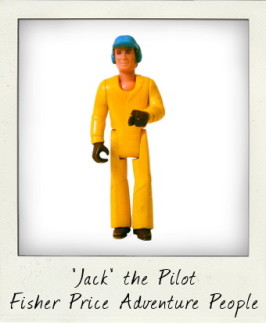 If vintage action figures and toys can indeed be viewed as part of the cultural record of earlier decades, then for me personally, no figures scream “1970s” louder than those wonderful Fisher-Price Adventure People! Available for about a decade from 1975 onwards, more than 70 different figures were eventually released - mostly, but not exclusively, male figures sporting stylish flared trousers, like this very early Jack the Pilot here, date stamped 1974. These solidly built 3¾ inch figures were … END_OF_DOCUMENT_TOKEN_TO_BE_REPLACED 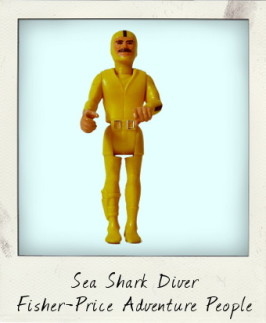 Kenner's 3 ¾-inch Star Wars action figures turned the world of movie tie-in toys on its head and became one of the world's most popular collectible lines ever. Before those toys were even a twinkle in the eye of a Kenner executive, however, the very first 3 ¾-inch line of action figures and vehicles was launched in the US in 1975 and went on to influence all those that followed - the Fisher Price Adventure People! These sturdy little figures were clearly designed to encourage kids' … END_OF_DOCUMENT_TOKEN_TO_BE_REPLACED