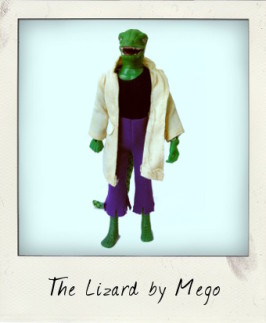 The World's Greatest Super Heroes was the line that made Mego's name, kicking off with the most famous characters from DC Comics and then moving into the Marvel Universe with a plethora of new heroes appearing from 1975 onwards such as Captain America, the Hulk and Spider-Man. A line of good guys only would have been no fun at all though, so a couple of villains were thrown in for good measure – The Green Goblin and The Lizard. When Mego's UK distributors Palitoy added Marvel characters to their … END_OF_DOCUMENT_TOKEN_TO_BE_REPLACED