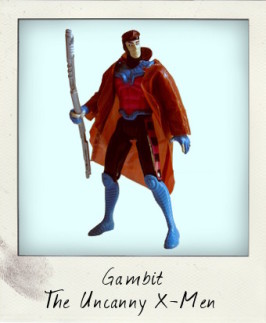 I recently watched X-Men Origins: Wolverine on DVD and was reminded of this 1992 Uncanny X-men figure of Gambit, the human mutant whose kinetic energy powers, card-throwing skills and wicked moves with his trusty bo staff are given quite a showcase in that movie, the first of the X-Men series in which he has appeared. Whilst Taylor Kitsch's portrayal of Remy LeBeau was a good match for the smooth talking Marvel Comics Gambit, this Toy Biz action figure, however, was clearly aimed at being a … END_OF_DOCUMENT_TOKEN_TO_BE_REPLACED 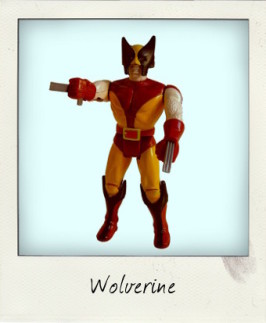 Several years ago I posted a great vintage advert for the first wave of 5-inch X-Men action figures produced by Toy Biz, which appeared in issue #1 from the October 1991 relaunch of the comic book starring the mutant superhero team as simply "X-Men" (rather than "Uncanny X-Men"). I finally got around to tracking down a few of these enduringly popular figures recently and will be posting them here, starting today with what seems to be everybody's favourite figure from the line – Wolverine! … END_OF_DOCUMENT_TOKEN_TO_BE_REPLACED 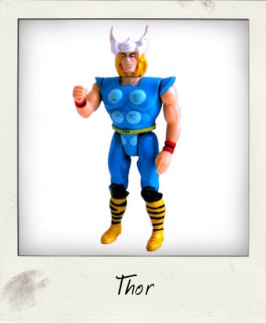 With no less than three Thor movies starring Chris Hemsworth appearing at the rate of one of year - last year's Thor, directed by Kenneth Brannagh, and the imaginatively titled sequel Thor 2 still to come in 2013, and of course, Joss Whedon's The Avengers presently smashing box office records all over the world - Thor, the Norse God of Thunder, has never been so popular. A veteran character from the Silver Age of Comic Books, Thor was created by the comics dream team Stan Lee and Jack Kirby, … END_OF_DOCUMENT_TOKEN_TO_BE_REPLACED 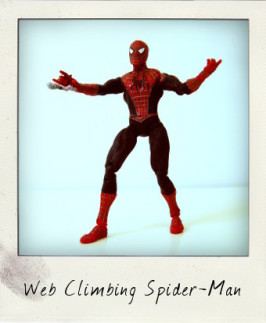 One of the action figure previews to generate a major buzz and lengthy blog posts all over the Internet during the recent San Diego Comic-Con was the all new Hasbro Spider-Man with sparkly metallic finishes. It will be released to coincide with the 2012 reboot of the Spider-Man movie franchise - The Amazing Spider-Man - which sees the very talented Andrew Garfield with the unenviable task of taking over a role that Tobey Maguire played so nerdily well in the Sam Raimi trilogy. In my book, … END_OF_DOCUMENT_TOKEN_TO_BE_REPLACED 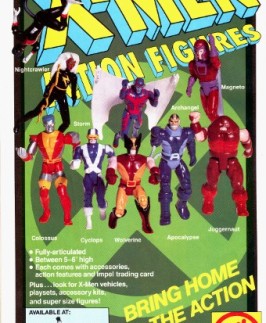 I recently picked up an old X-Men Marvel comic in a second hand store - in fact, it wasn't just any old issue, but #1 from October 1991, when they were relaunched as simply "X-Men" (rather than "Uncanny X-Men") with pencilling and story by the much admired comic book artist Jim Lee. This is the third of the four variant covers telling the same tale - Rubicon - and features the double page pin up spread A Blast From the Past - again by Jim Lee, together with inker Scott Williams. It actually … END_OF_DOCUMENT_TOKEN_TO_BE_REPLACED 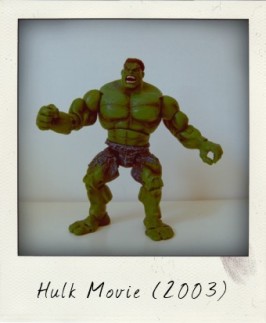 When the Incredible Hulk appeared on the big screen in 2003 in Ang Lee's hotly anticipated Hulk, critics and public alike just didn't seem to get the movie and it met with a tepid reception. For me, it is one of those much maligned films that I'm certain (and I hope) will one day regain its rightful place as classic superhero movie. I LOVED it! As with every major movie release, it was accompanied by all the usual hype and marketing  gimmicks, including some wonderfully sculpted action … END_OF_DOCUMENT_TOKEN_TO_BE_REPLACED