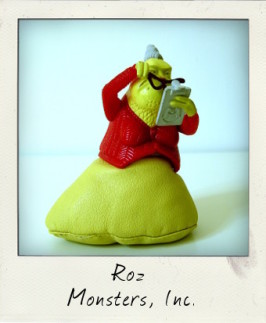 This summer sees the return to the big screen of some of the characters from the hugely popular 2001 Pixar animated movie Monsters, Inc. in a 3D prequel Monsters University. Monsters, Inc. received the 3D treatment itself last year and that version will finally be hitting screens in Italy where I live next month, so I thought it might be fun to take a look at a collectible figure from the time of the first film's original release – the gravel voiced Monsters, Inc. secretary, and undercover boss … END_OF_DOCUMENT_TOKEN_TO_BE_REPLACED 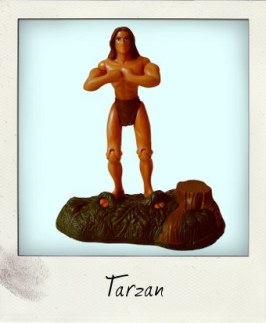 I've been a vegetarian for almost all of my adult life so it's been quite some years since I've eaten a burger or stepped inside a McDonald's restaurant, and as a result have never really been a collector of the ever popular McDonald's Happy Meal toys and action figures. They do seem to turn up in bargain bins and on market stalls pretty regularly, however, and I inevitably find them hard to resist! A stroke of marketing genius, Happy Meal toys have been getting kids to drag their parents … END_OF_DOCUMENT_TOKEN_TO_BE_REPLACED 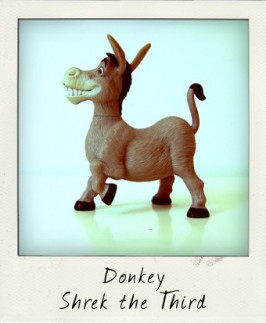 With the final chapter in the Shrek movie series Shrek Forever After hitting cinemas worldwide tomorrow I thought it might be fun to take a look at one of the action figure gimmicks that was released in 2007 to coincide with the last Shrek film. When Disney and the McDonald's restaurant chain finally parted ways in 2007 the Disney gap was quickly filled by a major merchandise marketing deal with DreamWorks Animation tied to the launch of Shrek the Third. In a move that presumably addressed … END_OF_DOCUMENT_TOKEN_TO_BE_REPLACED 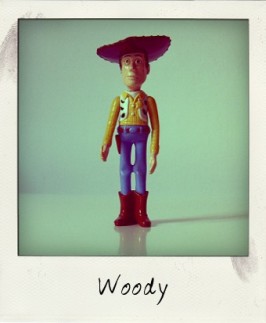 As somebody who has been a vegetarian for the last 23 years I haven't seen the inside of a McDonald's for quite some time, or likewise, collected any Happy Meal toys directly in a McDonald's restaurant; their action figures do seem to pop up regularly on market stalls, however, and that's where I found this Woody the other day. Love them or hate them, the McDonald's Happy Meal action figures have clearly cornered a slice of the collectors' market – earlier this year UK newspaper the Daily Mail … END_OF_DOCUMENT_TOKEN_TO_BE_REPLACED