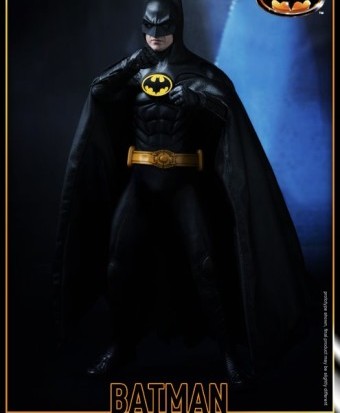 As regular readers will know I'll occasionally feature a modern action figure if it has a vintage theme or if it's just so darn good that I can't let it pass! And once again, it's the team at Sideshow Collectibles and Hot Toys to pique my interest with this stunning Michael Keaton as Batman in Tim Burton's 1989 movie sixth scale figure. Action figures don't come more movie-accurate than this high-end Batman collectible, and with the Parallel Eyeball Rolling System (PERS) be prepared to be … END_OF_DOCUMENT_TOKEN_TO_BE_REPLACED 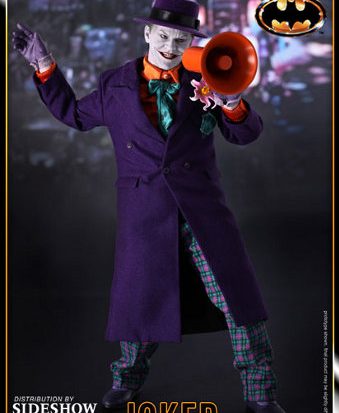 Those masters of the movie-likeness Hot Toys and Sideshow Collectibles have created another spitting image 12-inch action figure that is sure to become a highly sought after collectors' piece amongst Batman fans and admirers of Tim Burton's vision of one of DC Comics' most enduring superheroes - Jack Nicholson as The Joker from the dazzling 1989 Batman movie! Released as part of the DeluXe (DX) Hot Toys Movie Masterpiece Series, this 1:6th scale action figure boasts a highly detailed head … END_OF_DOCUMENT_TOKEN_TO_BE_REPLACED 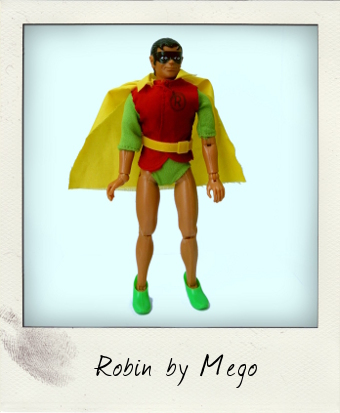 As promised in an earlier post, here's another vintage Mego 8-inch action figure that was found in a recent loft exploration at my parents' home. Like Batman, the Lizard and Cornelius, this was another of my sister's childhood toys, but of all of them, this Fist Fighting Robin probably made me smile the most when I first set eyes on it. Once again, this is a figure in almost perfect condition with only one immediate defect – the original paper logo glued to the left side of his tunic is missing … END_OF_DOCUMENT_TOKEN_TO_BE_REPLACED 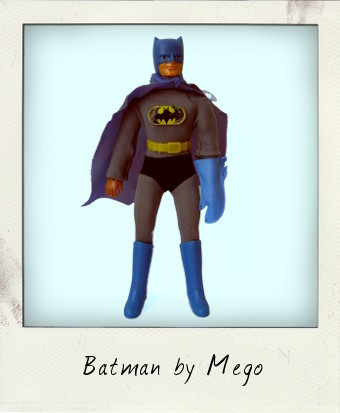 I recently returned home to Rome from my summer holidays in the UK visiting friends and family. I managed to pick up a few action figure bargains in flea markets, but also made some exciting discoveries in my parents' loft! As a kid back in the 1970s my younger sister had some pretty cool action figures. I vaguely remembered her having owned a Batman and Robin and a Planet of the Apes figure, so had been itching to send Dad up into the attic for some time to check if they were produced by the … END_OF_DOCUMENT_TOKEN_TO_BE_REPLACED 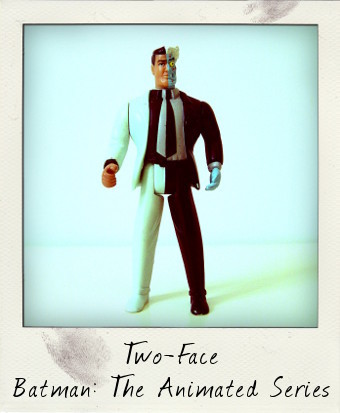 After our look at the Super Powers Robin last week, let's stick with the Batman theme, but this time take a look at one of his greatest enemies – the crime boss and terrifyingly insane Two-Face. As fans of DC Comics will know, once upon a time Two-Face was Harvey Dent, the District Attorney of Gotham City, and fought crime alongside Batman. The horrible disfigurement he suffered during a trial when acid was thrown over the left side of his face, however, pushed him over the edge, his … END_OF_DOCUMENT_TOKEN_TO_BE_REPLACED 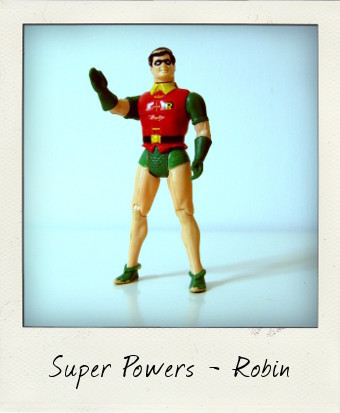 Scrolling back through recent posts I realised that this website is a little light on Batman, so let's fix that right away with a look at his erstwhile sidekick Robin as he appeared in the first series of Kenner's wonderful Super Powers action figures from 1984. This 4-inch figure was a superb version of The Boy Wonder - given his more mature nickname The Teen Wonder on the packaging - and like the other figures in the line had his very own Super Power. Wait, I hear you cry, Dick Grayson may … END_OF_DOCUMENT_TOKEN_TO_BE_REPLACED